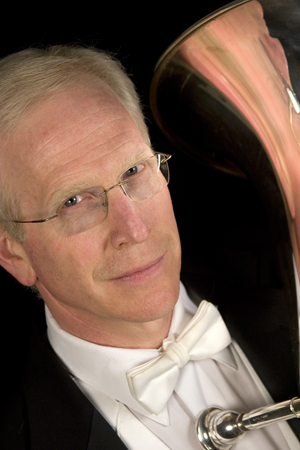 His previous faculty appointments have included the Juilliard School, the University of Maryland, College Park and The Catholic University of America. Before moving to Baltimore, he was also a faculty member at DePaul University and Wheaton College in the Chicago area.

Fedderly attended Northwestern University in Evanston, Illinois. He had the privilege of studying for ten years with the legendary Arnold Jacobs, former principal tuba of the Chicago Symphony.