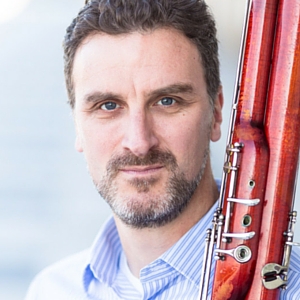 Mr. Heckscher holds degrees from the Eastman School of Music and Southern Methodist University, and has been on the bassoon faculty at the University of Maryland since 2012.  He was previously on the faculty of Texas A&M University at Commerce, and has served as woodwind coach for the Maryland Classic Youth Orchestras.