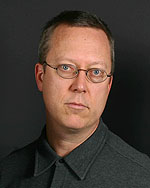 Jon Ozment has been working in and around the DC area for twenty years as a performer, producer, composer, and arranger. He has produced and arranged recordings by local jazz artists Imani, Maryann Redmond, and Al Williams. Jon has performed extensively in the jazz and contemporary jazz fields, appearing on recordings with Buck Hill, David Yarborough, Origem, and Vinny Valentino. He has performed in concerts with Jon Faddis, Bobby Hutcherson, Al Jarreau, Ethel Ennis, Clark Terry, Frank Wess, Chuck Brown, and Larry Ridley, and has toured nationally with Marlena Shaw, Miki Howard, Kim Waters, and the Blackbyrds. Throughout 1997-99 Jon toured the States and Europe with saxophonist Maceo Parker.

Jon has appeared on numerous recordings, and his compositions have been recorded by many of the above-named artists. He released his first original CD, ‚ÄúO3,‚Äù in 2000 featuring compositions for jazz trio. A second jazz CD, ‚ÄúAngles,‚Äù featuring compositions for trio, quartet, and quintet, was released on the PM label in Fall 2001. Currently he is composing for two new projects: Auto Looming, an electro-acoustic trio, and Mantra, a jazz/interactive improvisatory trio. Mantra has recorded a first CD, "Intotheout," which was released in early 2002. He also appears on recordings by Matt Belzer and the current Buck Hill release, ‚ÄúRelax.‚Äù

Jon Ozment earned his Bachelor of Music degree from the University of Maryland in 1979, graduating cum laude. He studied piano, jazz piano, counterpoint, electronic music and orchestration. He returned for a year of post-graduate work in ethno-musicology in 1996; completed his Master‚Äôs in Jazz Studies in 2004; he has also pursued private study with Paul Bley. As Graduate Teaching Assistant to the Jazz Studies Program Jon taught improvisation, jazz piano, and conducted small and large jazz ensembles. Jon is currently Adjunct Instructor of Jazz Piano at the University of Maryland School of Music and at the American University, and he has conducted artist residencies under the auspices of the Kennedy Center for the Performing Arts and the American Composers Forum. Most recently, Jon taught improvisation and coached small ensembles at the Jazz Academy of Music summer jazz camp. He has performed with trumpeter Terell Stafford and saxophonists Tim Warfield, Steve Wilson, and Bruce Williams in masterclasses held during the three-week camp. In January 2006, Jon presented his research on the career and work of pianist Clarence Williams to the convention of the International Association of Jazz Educators in New York. The paper is to be published by the IAJE in the summer of 2006.

Jon resides in Washington, D.C. with his wife and three children.