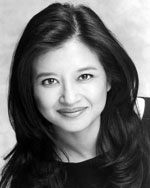 American collaborative artist Justina Lee has served as assistant conductor, pianist and coach for such companies as the Metropolitan Opera, Washington National Opera, Seattle Opera, Opera Theatre of St. Louis, the Castleton Festival and the Wolf Trap Opera Company. Lee is a frequent recitalist with acclaimed tenor Lawrence Brownlee. She can also be seen with him on the National Public Radio’s Tiny Desk Concert series. Other artist recitals include: Alyson Cambridge, Lisette Oropesa, Dimitri Pittas, Alex Richardson and Gordon Hawkins. She has appeared under the auspices of the Marilyn Horne Foundation residency program, and on such recital series as On Wings of Song at Carnegie Hall, the Harriman-Jewell Series, the Washington Performing Arts Series at the Kennedy Center and most recently, with Brownlee on Renée Fleming’s VOICES recital series. She can also be seen on medici tv as part of Carnegie Hall’s masterclass sessions with Joyce DiDonato.

Lee is an alumna of the distinguished Lindemann Young Artist Development Program at the Metropolitan Opera and holds degrees from the University of California, Los Angeles and the Manhattan School of Music. She joined the faculty of the University of Maryland, College Park, in 2008 and currently serves as principal coach of the Maryland Opera Studio.