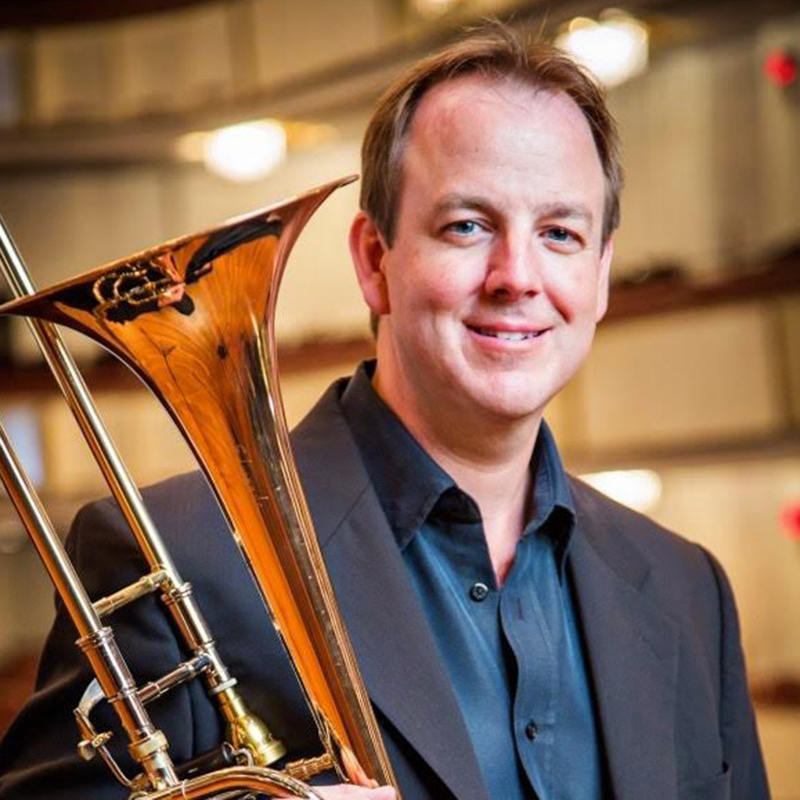 Matthew Guilford has served as bass trombonist with the National Symphony Orchestra since his appointment by Mstislav Rostropovich in 1991. Previously, he was a member of the San Francisco Opera Orchestra and he has performed with several of America's leading orchestras including the Baltimore Symphony, Boston Symphony, Boston Pops, Minnesota Orchestra, New York Philharmonic and San Francisco Symphony. He has also performed with Music of the Baroque in Chicago, The Chicago Chamber Musicians and the Grand Teton Music Festival.

Guilford has studied with Jerry Shaw, Norman Bolter, Douglas Yeo and John Swallow, and is a graduate of the New England Conservatory where he received both Bachelor and Master of Music degrees. He was the 1988 winner of the Donald Yaxley Scholarship, a bass trombone concerto competition sponsored by the International Trombone Association. His career has included such varied engagements as the national tour of the Broadway musical Les Miserables; the Boston Symphony recording of the Richard Strauss opera Elektra; the motion picture soundtrack for the film Predator II and fellowships to Tanglewood and the Los Angeles Philharmonic Institute.

Guilford is a senior lecturer at the University of Maryland, College Park, where he has taught since 1993. He is also on faculty at the National Orchestral Institute and The Catholic University of America in Washington, D.C. Many of his students have gone on to enjoy successful performing and teaching careers. He has presented solo recitals and masterclasses at most of the top conservatories and universities in the United States and abroad.

A native of Middleboro, Massachusetts, near Boston, Guilford currently resides in McLean, Virginia.