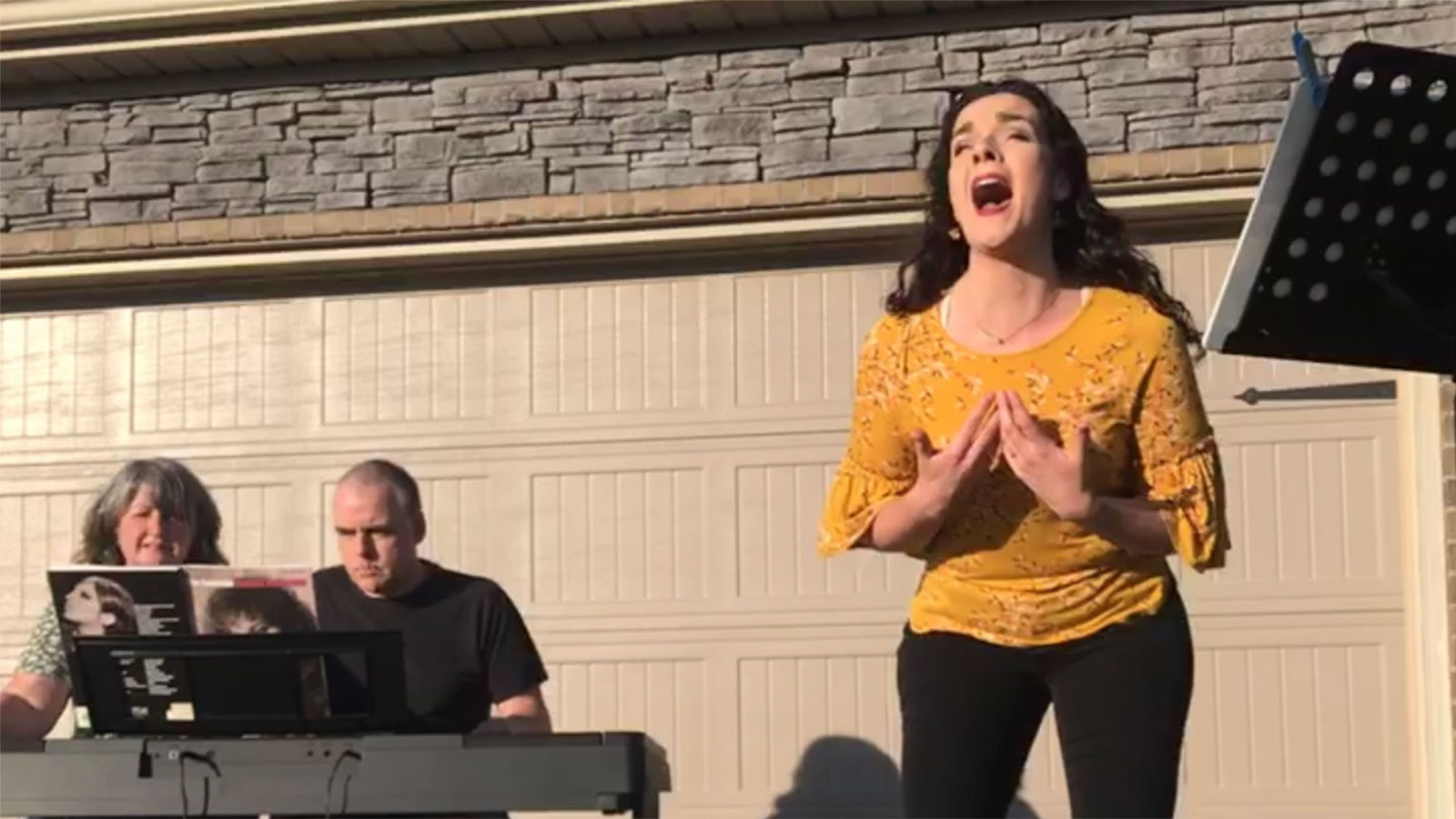 Back at home, singer performs weekly for passerby.

When the pandemic is over, Esther Atkinson hopes to sing opera in a packed concert hall with perfect acoustics. But for now, the master’s student studying opera performance in UMD’s School of Music is gladly settling for sharing her powerful mezzo-soprano with neighbors standing at the bottom of her parents’ driveway.

Every Friday evening for over a month, Atkinson, accompanied by her father Stephen on electric piano, has been performing a range of musical styles for listeners passing by the cul de sac in Arkansas. She likes to start off her shows with some opera “to give them their meat and potatoes before I spoil them with the dessert of maybe Disney.”

Since she ended one performance with “Let It Go” from the movie “Frozen,” children have been showing up in costume, ready to sing and dance along as they pretend to use Elsa’s ice powers. Adults in the small crowd have told Esther and Stephen how much they enjoy the music, some of which they’d never heard before.

“I like to think that I’m helping a little bit with contributing more arts and exposing people more to different venues that they wouldn’t even think of,” Atkinson said. “People think opera is a dying art, when really people don’t know about it.”

Growing up, Esther often practiced with her dad, who plays piano as a hobby but has also taken pleasure in assisting in Esther’s recordings for her professors while she’s been studying at home. Eventually the two thought it would be fun to put on performances in the neighborhood as a feel-good respite from the monotony of the quarantine.