UMD Alum Performs With His 11-Member Brass Ensemble This Sunday 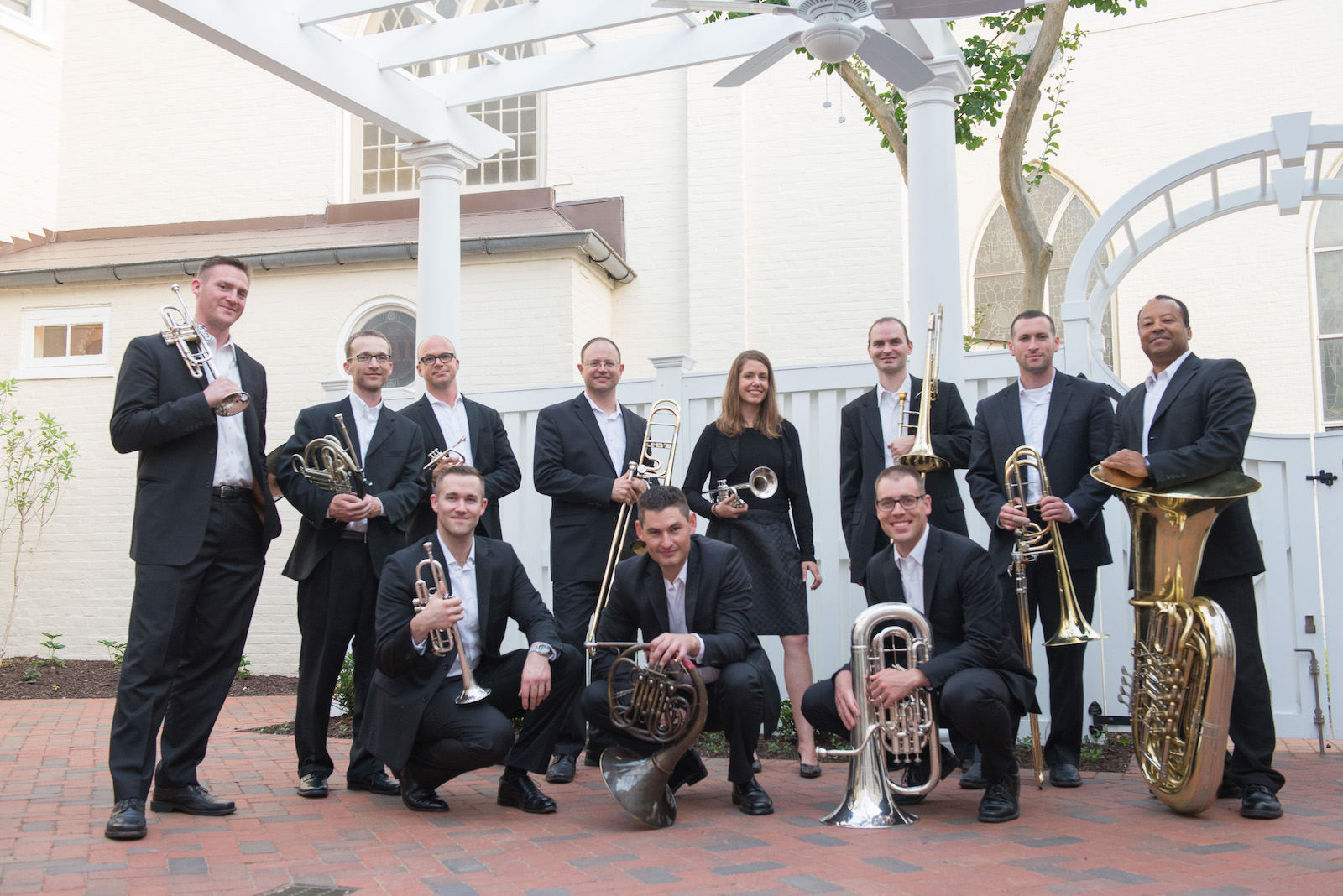 Trumpeter Nathan Clark ’13 and his ensemble, the Barclay Brass, work with students, stage lively performance during their residency with The Clarice.

When he enrolled at the University of Maryland School of Music (SOM) in 2006, Nathan Clark ’13 had already spent years working as a professional musician. Still, “The President’s Own” Marine Brass trumpet player believed he could learn a lot from the university’s professors, players and performers. Fifteen years later, he attributes much of his continued success to his time at Maryland.

Since forming the 11-member brass ensemble the Barclay Brass in 2015 with SOM adjunct tuba instructor Willie Clark and arranger and trombonist David Miller, the group of active duty military brass musicians have performed for audiences as diverse as K-12 students and the Pope.

This Sunday, Clark returns to UMD to perform with the Barclay Brass at The Clarice Smith Performing Arts Center (The Clarice) at 3 p.m. As part of the ensemble’s residency with The Clarice, the Barclay Brass also worked with SOM brass students during masterclasses and with student composers during a composer reading this week.

Ahead of his performance, we caught up with the trumpeter about his career and his UMD visit.

When and why did you choose the trumpet?

The Barclay Brass members serve as musicians in the premier military bands in Washington, D.C. How did you get your start?

I graduated high school in 1998 and took a year off before going to Nyack College. When I transferred to York College, one of my professors encouraged me to audition for the Air Force band. I went to D.C., took the audition and the rest was history. I was a tech sergeant and in the Air Force bands for 18 years. In 2019, I joined the Marine Band as a staff sergeant.

You enrolled at the University of Maryland in 2006. Why?

I was based in the D.C. area and I wanted to further myself as a person and as a musician. There were amazing professors, players and performers I could learn from and become more rounded in areas like music theory and music history. Being a full-time Air Force member and a part-time student, it took me a while to finish, but I really enjoyed the connections I made with some of the students, even though I was like a grandpa to most of them! It was nice to have conversations with them and explain what being a professional musician was like.

What excites you most about returning to your alma mater in this capacity?

I really enjoy working with students. Since the students are all performance musicians who will be auditioning for jobs, we’re able to give them critiques about what military bands would want to hear in auditions.

What can folks look forward to at your Sunday performance?

I think the piece I enjoy the most is the Bach “Passacaglia,” the last piece on the program. It’s about 10 minutes long. Bach wrote it for the organ but it fits so well with the brass instruments and the group sounds amazing playing it.

The Barclay Brass performs at The Clarice on Sunday, November 21 at 3 p.m. Tickets are Pay What You Wish and available here.

Nathan Clark is pictured, left, with The Barclay Brass. Photo by David Aspin.