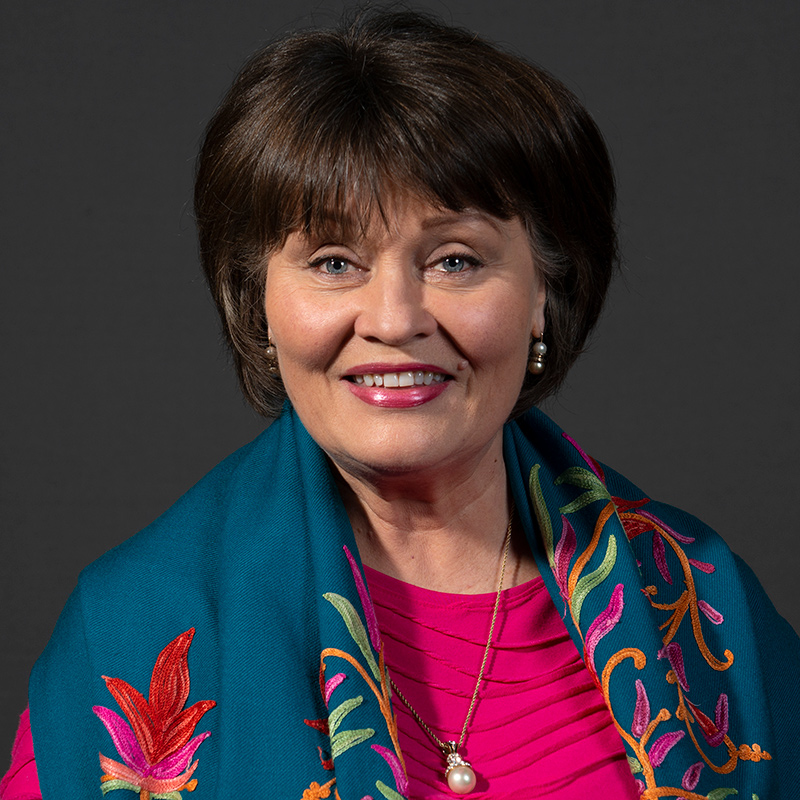 American mezzo-soprano Delores Ziegler has been heralded as "the mezzo we have been waiting for" by Martin Bernheimer in the Los Angeles Times. Her career takes her to every major theater in the world and into collaboration with the great directors and conductors of our time. Many of these extraordinary performances have been recorded and released as audio recordings and on video and film.

With a repertoire that extends from bel canto to verismo, Ziegler has appeared in the world's greatest opera houses. At the Vienna Staatsoper, she made a debut as the Composer in Ariadne auf Naxos, returned for Idamante in a new production of Idomeneo, for Dorabella in a new Cosi fan tutte and for Octavian in Der Rosenkavalier. At Teatro alla Scala she has opened the season as Idamante in a new production of Idomeneo, as well as having appeared as Dorabella, Romeo in I Capuleti e I Montecchi and Meg Page in a new production of Falstaff. She opened the prestigious Salzburg Festival as Sextus in a new staging of La Clemenza di Tito. At the Glyndebourne Festival she was heard as Dorabella and at the Bastille in Paris she sang Cherubino and Idamante.

Highlights of her many appearances in Germany include the Composer in a new production of Ariadne auf Naxos in Munich, Marguerite in a new staging of La Damnation de Faust in Hamburg and Salieri's Falstaff in a new production by Cologne. Other European appearances have included the Florence May Festival, where she sang Idomeneo, Octavian and Dulcinée in Massenet's Don Quixotte, Athens Festival for her first Gluck's Orfeo and Dresden for a rarity, Bertoni's Orfeo.

An acclaimed interpreter of bel canto mezzo roles, she has the honor of being the first singer in operatic history to sing Romeo in Bellini's I Capuleti e i Montecchi at the Bolshoi in Moscow, at the San Francisco Opera and in Japan. In another milestone, Ziegler is the most recorded Dorabella in operatic history, first on two audio recordings, one with Bernard Haitink on EMI and another on Teldec with Nikolaus Harnoncourt. She can also be seen as Dorabella in a videodisc of the La Scala production with Riccardo Muti and in a film of "Cosi" which has been televised throughout Europe, this the last project of director Jean-Pierre Ponnelle. In South America she has performed Adalgisa in Norma at the Teatro Colon in Argentina and in Rio de Janeiro. In the United States, this Georgia native has appeared at the Metropolitan Opera as Octavian, Dorabella, Cherubino and as Siebel. Her initial appearances at the Lyric Opera of Chicago were as Dorabella in Cosi fan tutte.

On January 6, 1986, Ziegler was featured in the initial "Pavarotti, Plus! - Live from Lincoln Center" PBS Television Special. Ziegler had the honor of making her Carnegie Hall debut as soloist in the Rossini Stabat Mater with Riccardo Muti and the Philadelphia Orchestra, this in Maestro Muti's last performance in America as music director of that prestigious orchestra. She has also appeared with orchestras throughout the United States, Canada, Europe and Japan. With London's BBC Symphony she sang Wagner's Wesendonck Lieder; with Santa Cecilia in Rome the St. John Passion and at Aix-en-Provence and in Venice, the Rossini Stabat Mater. She is a gifted Lieder singer and has appeared in that capacity in such cities as Paris, Florence, Vienna, Cologne and Bonn. In 1992 she made her New York City recital debut in Carnegie Hall's Weill Recital Hall Series.

Ziegler has a discography of twenty-one recordings that includes the Mozart Requiem, Mozart's Great Mass and the Mahler Symphony No. 8 on Telarc with Robert Shaw and the Atlanta Symphony; Beethoven's Ninth Symphony with Riccardo Muti and the Philadelphia Orchestra on EMI; the Bach B-minor Mass with Nikolaus Harnoncourt on Teldec; both the Boccherini and the Pergolesi Stabat Maters on Frequenz conducted by Claudio Schimone; and the Mozart Coronation Mass on Deutsche Grammophon with James Levine and the Berlin Philharmonic.

In addition to the two Cosi sets, Ziegler's complete opera recordings include two of La Clemenza di Tito – one as Sesto conducted by Riccardo Muti on EMI and one as Annio with Nikolaus Harnoncourt on Teldec; the title role in Bertoni's L'Orfeo with Claudio Scimone on Frequenz; Margarad in Lalo's Le Roi d'Ys with Armen Jordan on Erato Disque; Fatima in Weber's Oberon with James Conlon on EMI; and Meg Page in Falstaff with Riccardo Muti on Sony Classical. Ziegler recently recorded Sara in Roberto Devereux and Giovanna Seymour in Anna Bolena for the Nightingale label with Edita Gruberova, both conducted by Elio Boncompagni. Her most recent CD is Ned Rorem's song cycle "The Evidence of Things Not Seen"; she took part in the world premiere of this work in Carnegie Hall's Weill Recital Hall.