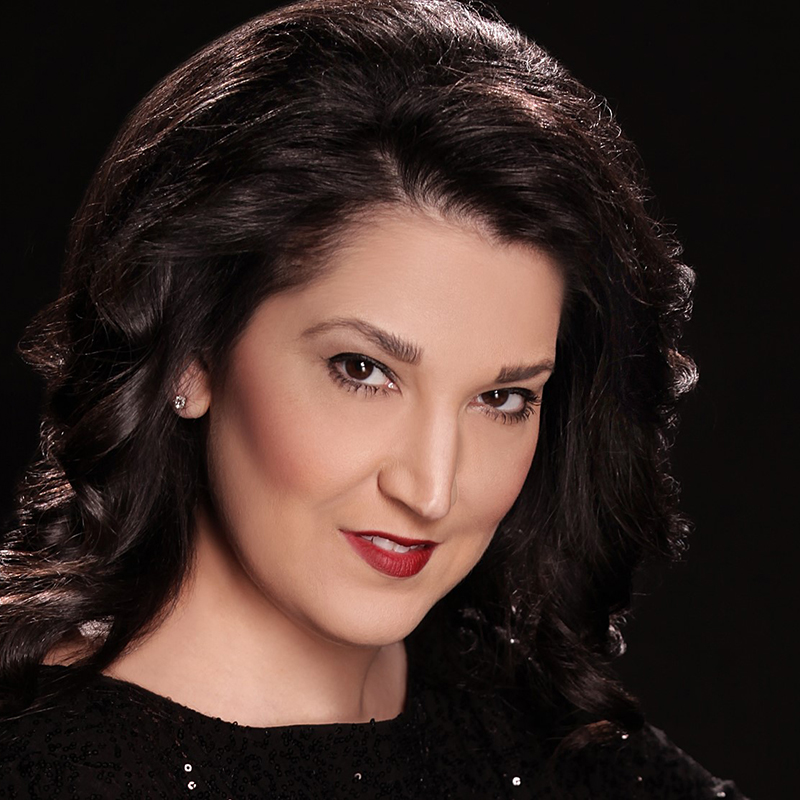 Soprano Diba Alvi has received critical acclaim for both her operatic and concert performances. For her debut concert with Pittsburgh Opera in Samuel Ramey and Friends the Pittsburgh Tribune Review said: “From her first note in Musetta’s Waltz from La Bohème, soprano Diba Alvi commanded the stage with stellar vocalism and a sharply dramatic personality…”

Operatic engagements include The Merry Widow and Un Ballo in Maschera with Palm Beach Opera, La Favorita and Les Huguenots with Opera Orchestra of New York, the American bi-coastal premiere of The Ring Saga with Long Beach Opera and The Magic Flute, Orpheus and Euridice, Gianni Schicchi, Die Fledermaus, A View from the Bridge, Summer and Smoke and Hansel and Gretel, all with Opera Theater of Pittsburgh.

Concert engagements include Orff’s Carmina Burana (MD, PA) Song of the Shulamite (MD), Poulenc’s Gloria (KY), Mahler’s Symphony No. 4 and Zemlinsky’s Maiblumen blüten überall with Inscape (MD), Schumann’s Das Paradies und die Peri at the University of Maryland’s Schumann Festival and Argento’s Songs about Spring in the Art of Argento Festival at the University of Maryland, Handel’s Messiah and Vivaldi’s Gloria (PA), An Evening with Diba Alvi (TN) and An Evening of Arias, Songs & Duets with Michele Pertusi (Grammy Award winner) at the Pittsburgh Opera.

Alvi received her B.M. in voice performance and her M.M. in opera theater from Oberlin Conservatory of Music. She then earned her Specialist Degree in voice performance from the University of Michigan. On faculty at the University of Maryland and the Peabody Conservatory of Music, she has also served on the faculty of Young Artists of America’s Vocal Program (MD), the Vocal Arts Academy for High School Students (OH) and Opera Theater Summerfest (PA) and the Ezio Pinza Council for American Singers of Opera (Italy). In 2020, she joined the voice faculty of the Brancaleoni International Music Festival (Italy).