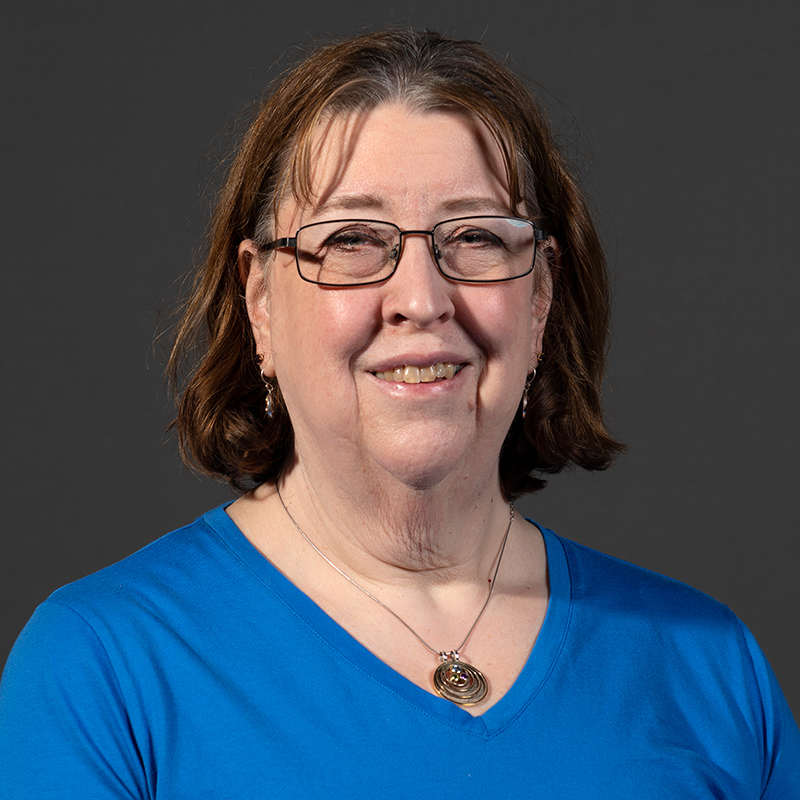 Jeannette Oliver is the Business Manager for the University of Maryland School of Music. She has worked in the School of Music since 1981: first as an administrative assistant for the choral program and student services, and in her current position since 1987.

She received her bachelors (1980) and masters (1996) degrees in music from the School of Music, and studied conducting with the late Paul Traver. She continues her conducting study every summer with Rodney Eichenberger as a master conductor at workshops held in Cannon Beach and Seaside, Oregon.

Currently, she is the alto section leader for Choralis, a symphonic choir in the Washington, D.C. area and its chamber group Echos, and is a freelance musician in the Washington, D.C. area.  As a soloist, she has appeared in performances of Bach’s Magnificat, Handel’s Messiah and Dettingen Te Deum,  and Vivaldi’s Gloria with the Maryland Choral Society, and Mozart's Requiem with Choralis.  As a choral singer at the University of Maryland, she sang in such venues as the Kennedy Center, Washington National Cathedral, Carnegie Hall, Lincoln Center, and Royal Festival Hall for such conductors as Antal Dorati, Mstislav Rostropovich, Loren Maazel, Rafael Frühbeck de Burgos, and John NelsonShe has served as Director of Music for several area churches and community choruses.