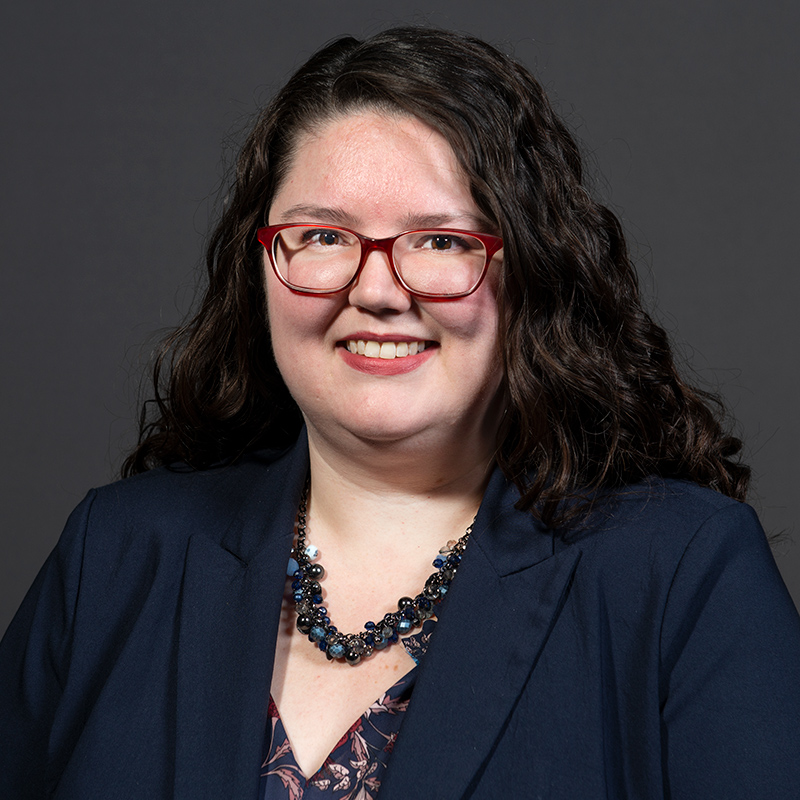 Lauren McDonald is the Assistant Director for Admissions and Financial Aid, charged with overseeing the recruitment, application, audition and admission process for both undergraduate and graduate programs at the School of Music. Despite fondness for her birth-state of Connecticut, she nonetheless claims native status in the great state of Maryland.

After graduating from JMU, McDonald went on to join the Admissions office at Peabody Conservatory, where she held several positions of increasing responsibility, ultimately holding the title of Associate Director of Admissions. During her time at Peabody, she was responsible for modernizing admissions processes and overseeing Peabody's Audition week, which regularly brought thousands of visitors to campus every February. After eight cycles, the time came to move on and accept her current post at the University of Maryland School of Music in 2019.

Despite her busy career in higher education, McDonald is still an active professional chorister and soloist. She is currently a Vocal Fellow with the Baltimore Choral Arts Society, and a frequent freelancer with local performing organizations and churches.