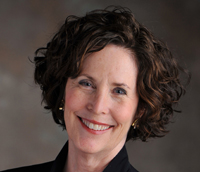 Internationally recognized for her interpretation of Mahler and Strauss, Linda Mabbs has sung with many of the worlds leading orchestras including the London Symphony Orchestra, the Royal Concertgebouw Orchestra, the English Chamber Orchestra, Orquestra Sinfonica de Bilbao, Orchestre Bayonne, Hiroshima Symphony Orchestra and the American orchestras of Chicago, Dallas, Saint Louis, New York, Washington, Baltimore, Cleveland, Miami, Houston, San Antonio, Vancouver and Minnesota; collaborating with such esteemed conductors as Riccardo Chailly, Sir Neville Marriner, Neeme Jërvi, Mstislav Rostropovich, Sir Georg Solti, David Robertson, Robert Shaw, Claus Peter Flor, Franz Welzer-Möst, Andrew Litton, Günter Herbig, and Leonard Slatkin among many others. She has presented recitals in some of the finest venues throughout the world singing a wide range of repertoire but with special emphasis on American and British Song. Robert Hanson composed his Songs of America for her and while in England, Sir Peter Pears asked her to give the American premiere of Britten’s Cabaret Songs. Her CD recording with Delores Ziegler of these and other Britten songs was released in 2014.

In recent seasons Ms. Mabbs has sung the Marschallin in Der Rosenkavalier with the New York City Opera and again with Opera Carolina. The Washington Post cited her 1997 world premiere recording of Argento’s Miss Havisham’s Wedding Night on Koch International as “the most brilliant opera recording of the year." Her chamber music performances have included appearances with the Guarneri String Quartet, Tafelmusik, the Rembrandt Chamber Players, The 21st Century Consort, the St. Paul Chamber Orchestra, and the Smithsonian Chamber Orchestra. She has appeared at the Aldeburgh Festival in England, Ravinia, Marlborough, Chautauqua, Grant Park and Berkshire Choral festivals in America as well as numerous appearances at the Classical Music Festival in Eisenstadt, Austria.

Named a Distinguished Scholar/Teacher by the University of Maryland in 2000, Professor Mabbs has taught master classes around the world. Her students have been heard in many of the greatest opera houses including the Metropolitan Opera, La Scala, Berlin Statsoper and Covent Garden. She is the recipient of the National Opera Institute Achievement Award, and has received grants from the National Endowment for the Arts, the Aaron Copland Fund, The Maryland Arts Council, and the Creative and Performing Arts Board and Graduate Research Board of the University of Maryland.