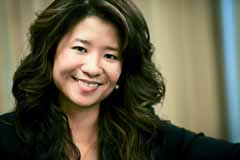 3130A The Clarice Smith Performing Arts Center
Get Directions

A Steinway artist, Mayron Tsong has performed around the globe to almost every state in the continental United States, as well as Canada, Russia, Sweden, Italy, Taiwan, Hong Kong and China. After her solo recital debut at Carnegie Hall's Weill Recital Hall, Harris Goldsmith of The New York Concert Review praised it as "an enlivening, truly outstanding recital.” Fanfare Magazine called her “a genius, pure and simple… perhaps, a wizard.”

Her first CD of Romantic Russian piano music was released by Centaur Records in 2008 and won a Global Music Award and rave reviews in American Record Guide and Fanfare Magazine who compared her playing to Horowitz, Pollini, Andsnes and Laredo, saying “her technique is dazzling, yet subjugated to a controlling intellect and deeply felt sensitivity that removes her from the category 'virtuoso' by nature of her long-range artistic vision.” She is currently engaged in her next recording project of Haydn Piano Sonatas.

Winner of numerous competitions and prizes, Tsong has performed and interviewed for many radio broadcasts, including CBC Radio in Canada, WDAV in North Carolina, WFMT Radio in Chicago, Radio 4 in Hong Kong and NPR's “The State of Things.” She has appeared as soloist with orchestras around the world, including the St. Petersburg Chamber Philharmonic (Russia), Symphony North (Houston), Longview Symphony Orchestra (Texas), North Carolina Symphony, Red Deer Symphony Orchestra (Canada) and Lethbridge Symphony Orchestra (Canada). Equally active in chamber music collaborations, her summers have taken her to festivals across the United States, Prague, Germany and Italy, including The Rebecca Penneys Piano Festival, The Art of Piano at Cincinnati Conservatory of Music, Eastern Music Festival, Prague International Piano Masterclasses, Texas Music Institute and the Amalfi Coast, Schlern and Orfeo Music Festivals in Italy. Her collaborations with some of the finest chamber groups and musicians in North America include Jeffrey Zeigler (of the Kronos Quartet), Brentano String Quartet, Philharmonic Quintet of New York, Miró String Quartet, Vega String Quartet, James Campbell, George Taylor and Antonio Lysy.

A native of Canada, Tsong is one of the youngest musicians to complete a Performer's Diploma in piano from the Royal Conservatory of Toronto at age 16. While still a student, she was awarded the Millennium Prize for Russian Performing Arts, and she is a three-time recipient of The Female Doctoral Students Grant, a competition that encompasses all disciplines nationwide, awarded by the Government of Canada. Holding graduate degrees in both piano performance and music theory from Rice University, her impressive pedigree boasts distinguished teachers like John Perry, György Sebök, Robert Levin, Anton Kuerti and Marilyn Engle. A distinguished pedagogue herself, she has appeared around the world as a master class clinician, lecturer, judge and visiting professor. Her students have pursued studies at The Curtis Institute of Music, Indiana University, Northwestern University, Stony Brook University and the University of Houston. She was also artistic director of the first William Kapell Young Artist Piano Competition at the University of Maryland in 2012.

She is an honorary member of the Tingshuset Music Society in Sweden along with prominent Swedish Artists like Martin Fröst and Christian Lindberg. Tsong is currently associate professor of piano at the University of Maryland School of Music. She previously served as head of keyboard studies at the University of North Carolina at Chapel Hill and the University of Lethbridge.