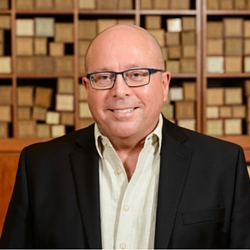 Richard G. King is a specialist on eighteenth-century music, particularly the life and works of G. F. Handel, and on popular music. A former president of the American Handel Society, associate director of the Maryland Handel Festival and member of the Vorstand of the Georg-Friedrich-Händel-Gesellschaft, he has received fellowships from the National Endowment for the Humanities, the Social Sciences and Humanities Research Council of Canada and the Ministry of Education of the Netherlands.

King’s work has been published in such journals as Early Music, the Händel Jahrbuch, Journal of the American Musicological Society, Journal of the Royal Musical Association, Music and Letters, The Musical Quarterly, The Musical Times, Notes and the Tijdschrift van de Vereniging voor Nederlandse Muziekgeschiedenis. He is a contributor to the "The Cambridge Handel Encyclopedia" and to the second editions of the "New Grove" and "MGG". He also has edited Handel’s opera Alessandro for the Hallische Händel-Ausgabe, as well as collections of essays on Handel ("Handel Studies: A Gedenkschrift" for Howard Serwer, 2009) and popular music ("A Popular Music Reader," 2013). Before concentrating on musicology, he studied viola da gamba and performance practice at Stanford University and the Royal Conservatory in The Hague, and played pop music and jazz professionally for twenty years (electric and acoustic bass).