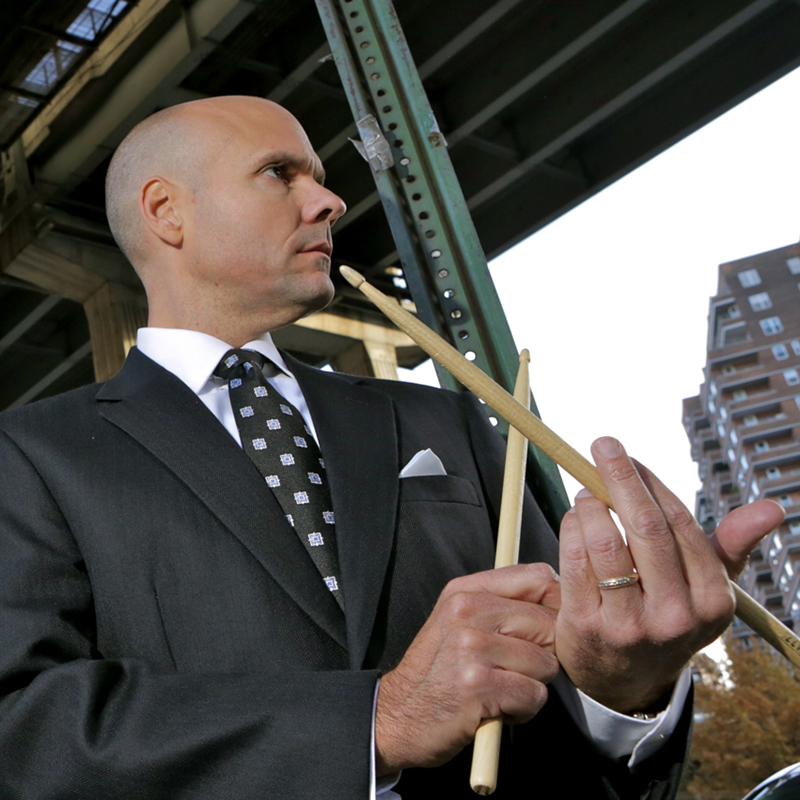 Known for his versatility and musical approach, jazz drummer Steve Fidyk has earned national and international acclaim as an artist, author, composer and columnist. For more than 21 years, he was the drummer and featured soloist with The Army Blues Big Band, a premier 17-piece jazz ensemble stationed in Washington D.C.

Fidyk currently serves on the jazz studies faculty at Temple University and The University of the Arts in Philadelphia, Pennsylvania. He is also an educational consultant for Jazz at Lincoln Center's Essentially Ellington Program.

He has appeared on over 100 recordings and his discography as a co-leader includes Big Kids with John DeSalme (U.S. Roots) and two records with The Taylor/Fidyk Big Band: A Perfect Match (Write Groove, 2003) and Live at Blues Alley (OA2, 2006). His discography as a bandleader includes Heads Up! (Posi-Tone, 2014) and Allied Forces (Posi-Tone, 2016). Both recordings feature his original arrangements and compositions. Since 2015, he has been a member of the Jazz Orchestra of Philadelphia. With vocalist  Maureen McGovern, he has accompanied symphony orchestras throughout the country including The Cincinnati Pops, Spokane Symphony, Nashville Symphony, Plano Symphony, The Baltimore Symphony, The Buffalo Philharmonic, The Richmond Symphony, and the Jerry Lewis MDA Telethon Big Band.