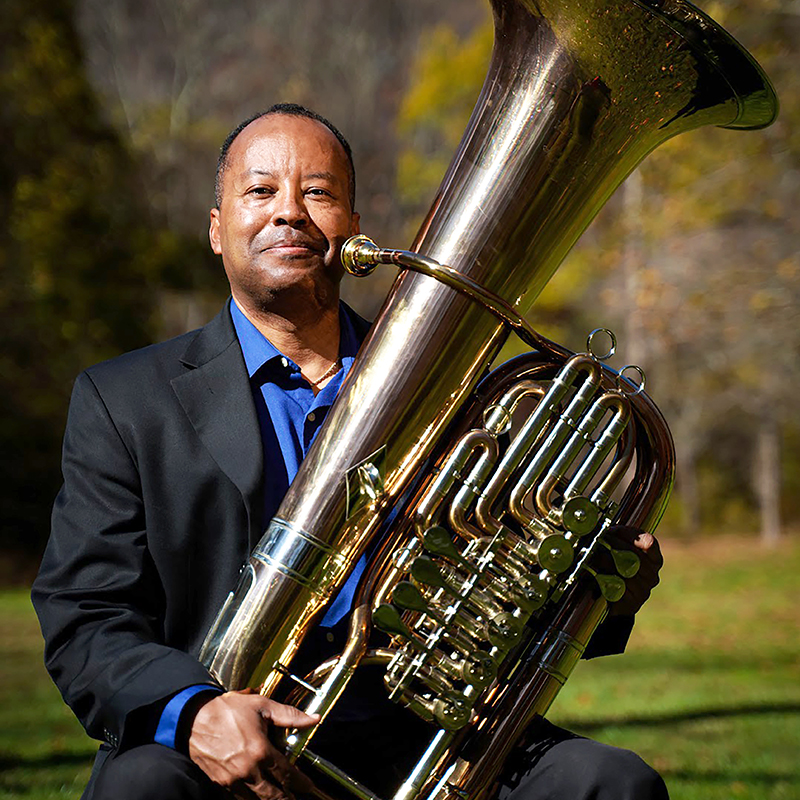 Willie Clark is lecturer of tuba at the University of Maryland School of Music where he teaches applied tuba lessons, coaches brass chamber groups and serves as the director of the UMD Brass Ensemble. Clark is also currently a member of the United States Air Force “Ceremonial Brass” in Washington, D.C., and was a founding member of the Barclay Brass and professional Disney tuba quartet, “The Tubafours.”