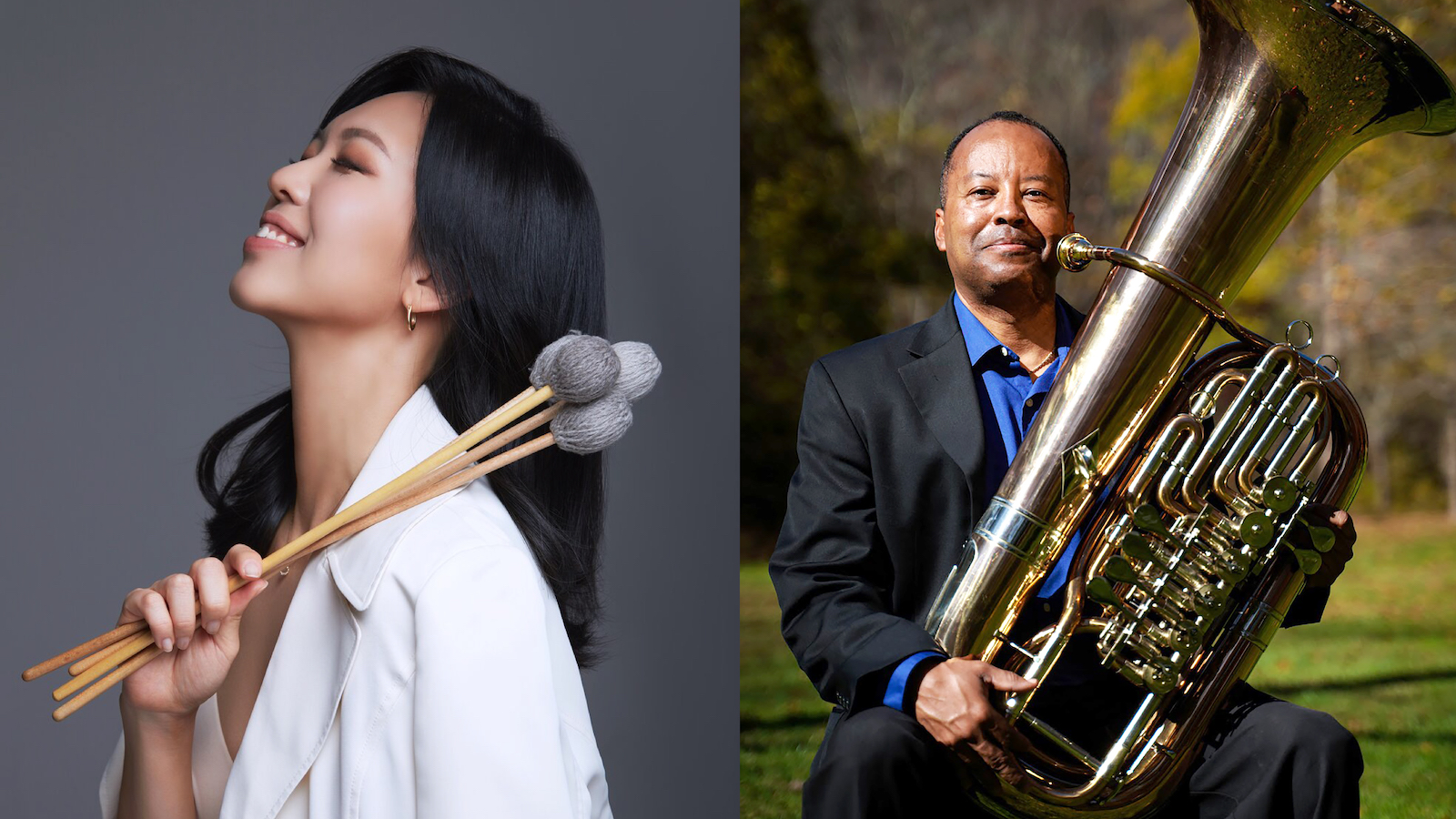 “Ms. Jung and Mr. Clark are preeminent musicians and pedagogues of the highest caliber,” said SOM Director Gregory Miller. “We are looking forward to having them join our esteemed faculty and share their artistry and expertise with our students and the UMD community.”

Her approach to the marimba and solo percussion performance has created a distinctive voice that shines in its lyricism and beauty. Jung is an active international soloist and has given masterclasses throughout the world including for the Curtis Institute, Central Conservatory of Music in Beijing, Rice University, Miami University and many others.

Jung won first prize at the Houston Symphony’s 2018 Ima Hogg Competition, becoming the first percussionist to win the award in 26 years. Jung tours internationally as a member of The Percussion Collective, a group of young and accomplished percussionists. She appeared as a young artist-in-residence on NPR’s Performance Today by the invitation of Fred Child.

Master Sergeant Clark is tubist with the United States Air Force Ceremonial Brass, a position he has held since 2003. He performs regularly at Arlington National Cemetery, the White House, the Pentagon and the U.S. Capitol. Career highlights include performing at the Tuskegee Airmen Congressional Gold Medal Ceremony, several presidential inauguration events and five NBC TODAY Show appearances. He is principal tuba with the National Philharmonic and a founding member of Barclay Brass. He was also a founding member of the Walt Disney World tuba quartet, The Tubafours.

Clark has toured with the Empire Brass, the American Wind Symphony Orchestra and the China National Symphony. He has presented masterclasses and clinics throughout the U.S., Europe, Australia, Mexico, South America, China and Japan.