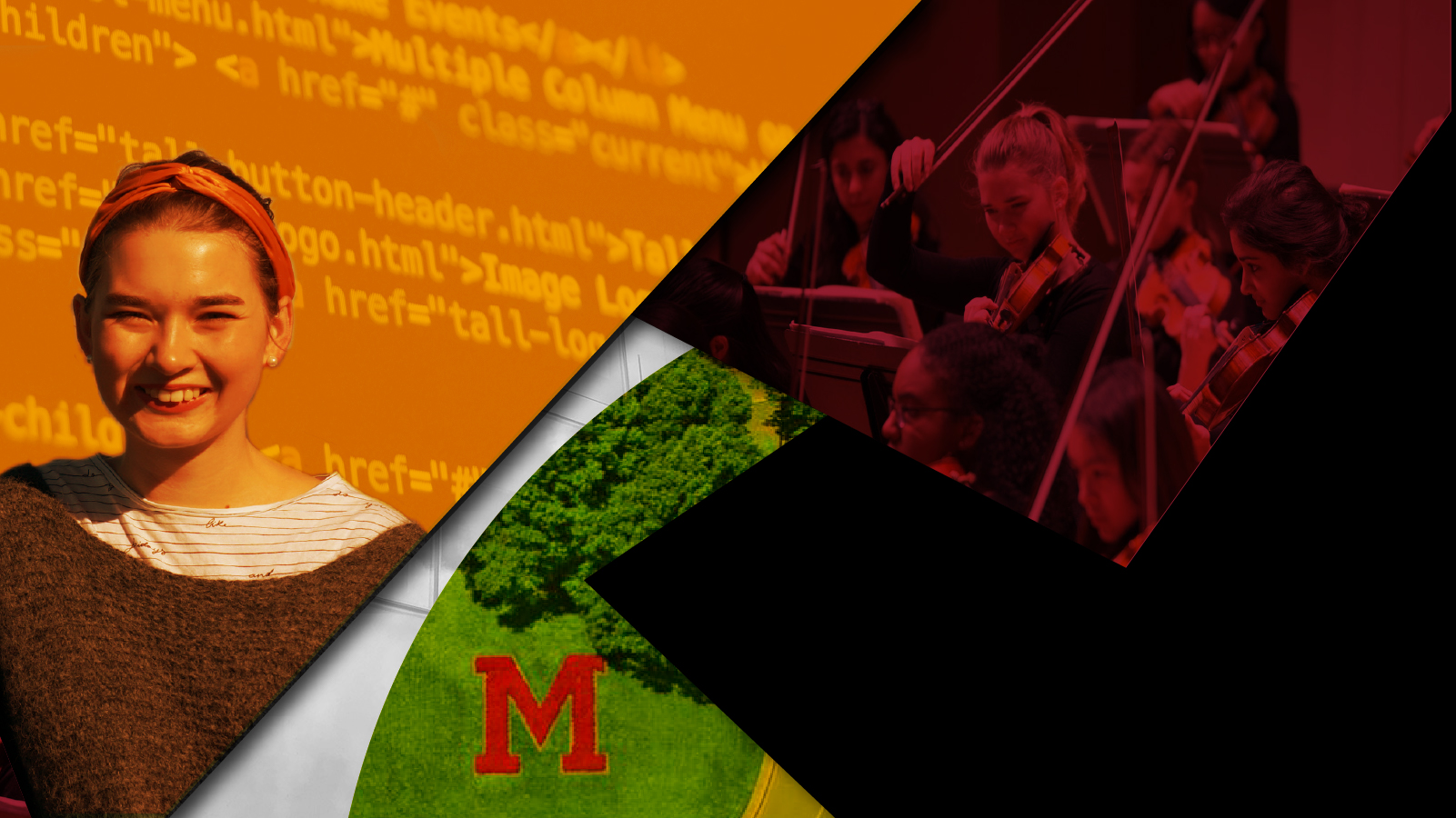 The music and comp sci double major said Maryland has offered her the opportunity to immerse in two distinct creative fields.

With much of the world locked in their homes due to the COVID-19 pandemic, demand for video conferencing apps has spiked. This summer, music and computer science double major Astrid Jensen ’20 will work behind-the-scenes at one such platform as an intern at Cisco Webex in Norway.

“I’ll be working from home on their video chat team,” said Jensen, an international student who returned to Norway in March to finish her final semester. “I feel lucky. It’s actually a good industry to be in right now.”

Jensen is a longtime violinist; she started playing at the age of four and spent much of her schooling in conservatory. At 16, her family moved to California so her dad could take a job in tech, and she began attending a large public school with an array of classes. That’s when she learned she had interests in addition to music, including in computer science.

While exploring colleges, she found that the University of Maryland offered the opportunity to explore both fields. Plus, she liked that the school was close to Washington, D.C., where she could further immerse in the cultural offerings and accessibility of a big city.

“I thought Maryland would be an amazing school to be able to focus on both things,” she said. “You can play music at a top level and have a great music education, but you can also take a step back to focus more on something else.”

Though the double major has been a lot of work, Jensen said she has found music and computer science complement each other well, and even have similarities. For instance, both disciplines require a lot of behind-the-scenes work before sharing a product with the world. 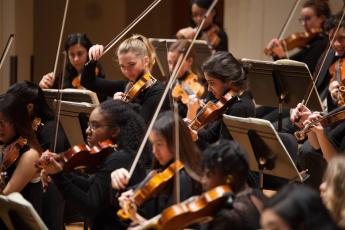 “In the context of music, it’s a lot of practicing, while in computer science it’s developing code and structure,” she said. “But both are really creative, and they help balance my brain.”

As a music major, Jensen said she has enjoyed developing close relationships with her professors in the School of Music, attending concerts, plays and operas and playing in two orchestras. In Spring 2019, for a performance of Mahler’s Symphony No. 3, she was the sitting concertmaster, or lead violinist. As the violinist with the highest “rank,” Jensen sat in the first chair, next to the conductor’s podium, led the orchestra in tuning and played solos. It was an experience she said she will never forget.

She eventually hopes to combine music and computer science in her career, such as by working on digital sound technologies where music theory and coding algorithms blend to give people a personalized listening experience.

“I always want to have music in my life, so if I could work with both that would be my top dream,” she said.

ARHU recently launched “Be Worldwise. Get Worldready.,” a career initiative that blends new and reimagined course offerings, integrated academic and career advising and access to internships, alumni networking and other opportunities across the region. Learn more.