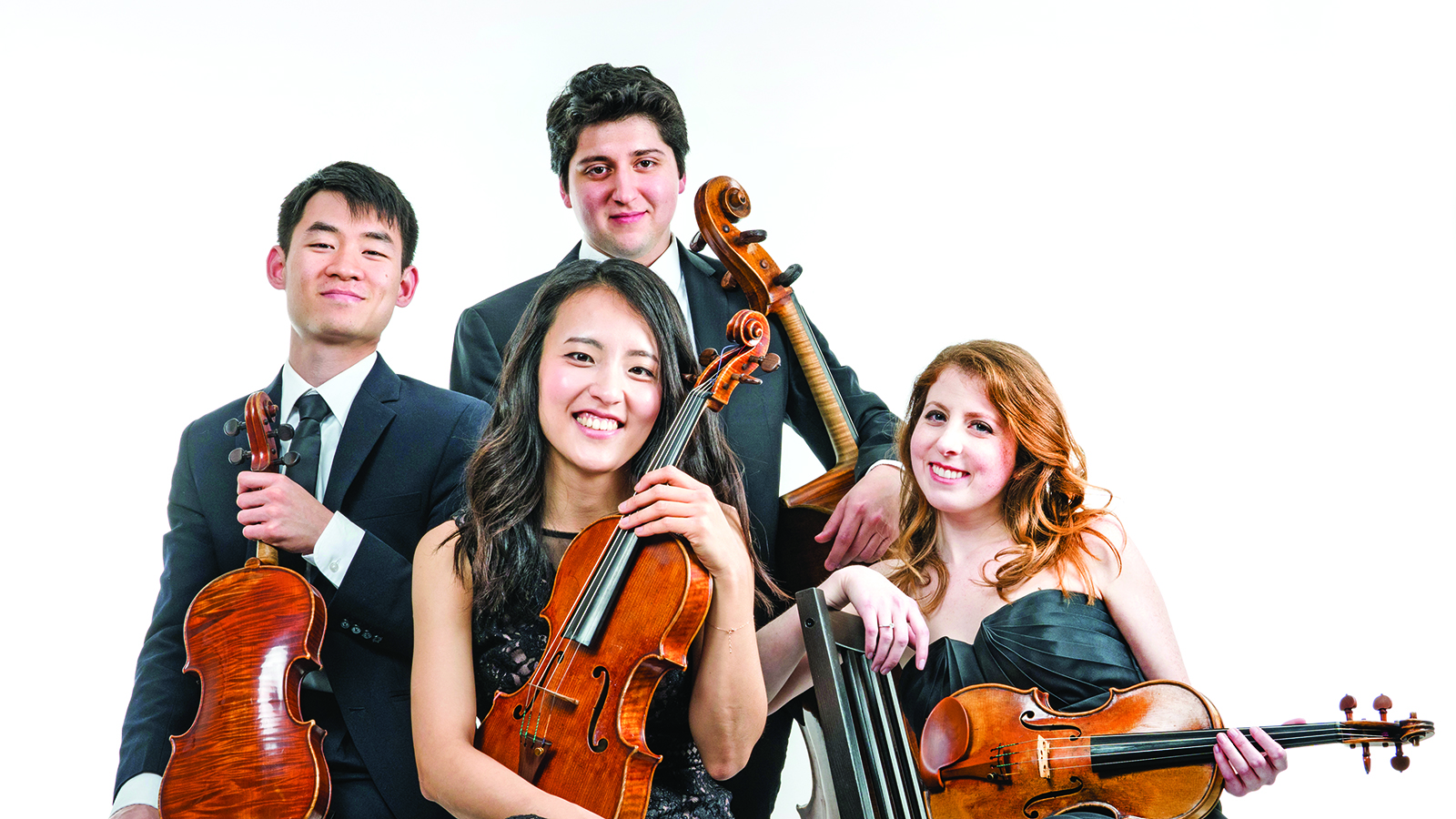 Prize-winners in the Fischoff, Borciani, and Bordeaux competitions, the quartet will receive a generous scholarship and career support as graduate fellows.

The University of Maryland School of Music (SOM) has appointed the award-winning Omer Quartet as the Graduate Fellowship String Quartet, beginning in the fall of 2017. Designed to foster the careers of emerging string quartets, the fellowship provides full tuition remission and a stipend, intensive chamber music study with the Left Bank Quartet, featured performances at The Clarice Smith Performing Arts Center, and support in professional development.

“We are thrilled to have such an accomplished, scintillating young string quartet coming to the University of Maryland. Their artistry is internationally recognized, having just returned from Reggio Emilia, Italy with the top prize from the Paolo Borciani String Quartet Competition,” says David Salness, the SOM’s director of chamber music activities. “I know that they will also bring a social awareness and community spirit to their music-making during their tenure here in College Park.”

About the Omer Quartet:

Comprising violinists Mason Yu and Erica Tursi, violist Jinsun Hong, and cellist Alex Cox, the Omer Quartet is a leader among today’s young string quartets. A top prize winner in the 2017 Paolo Borciani String Quartet Competition, finalist and prizewinner of the 2016 Bordeaux International Competition in France, and the 2013 Grand Prize and Gold Medal Winner of the 40th Fischoff National Chamber Music Competition, the quartet has been praised for playing with a “sense of discovery and adventure, but also with considerable finesse.” They have performed across North America and Europe, appeared on WFMT radio network and Aspen Public Radio, and have collaborated with internationally renowned artists such as Clive Greensmith, Cho-Liang Lin, the Assad Brothers, and the Borromeo String Quartet. The quartet completed a graduate residency directed by Paul Katz at New England Conservatory and served on the faculty at the Preparatory School from 2016-2017.

Committed to community education and advocates of civic engagement, the Omer Quartet devotes time to creating original and interactive programs. They recently completed a fellowship with Music for Food, a musician-led initiative directed by Kim Kashkashian for local hunger relief. As fellows, they were involved in the organization’s various educational projects, including leading assemblies and masterclasses for middle and high school music students. This year, the quartet was awarded the Boston Foundation Free for All grant to present classical music to underserved areas of Boston. This project led them to perform in venues such as homeless shelters and drug rehabilitation centers.