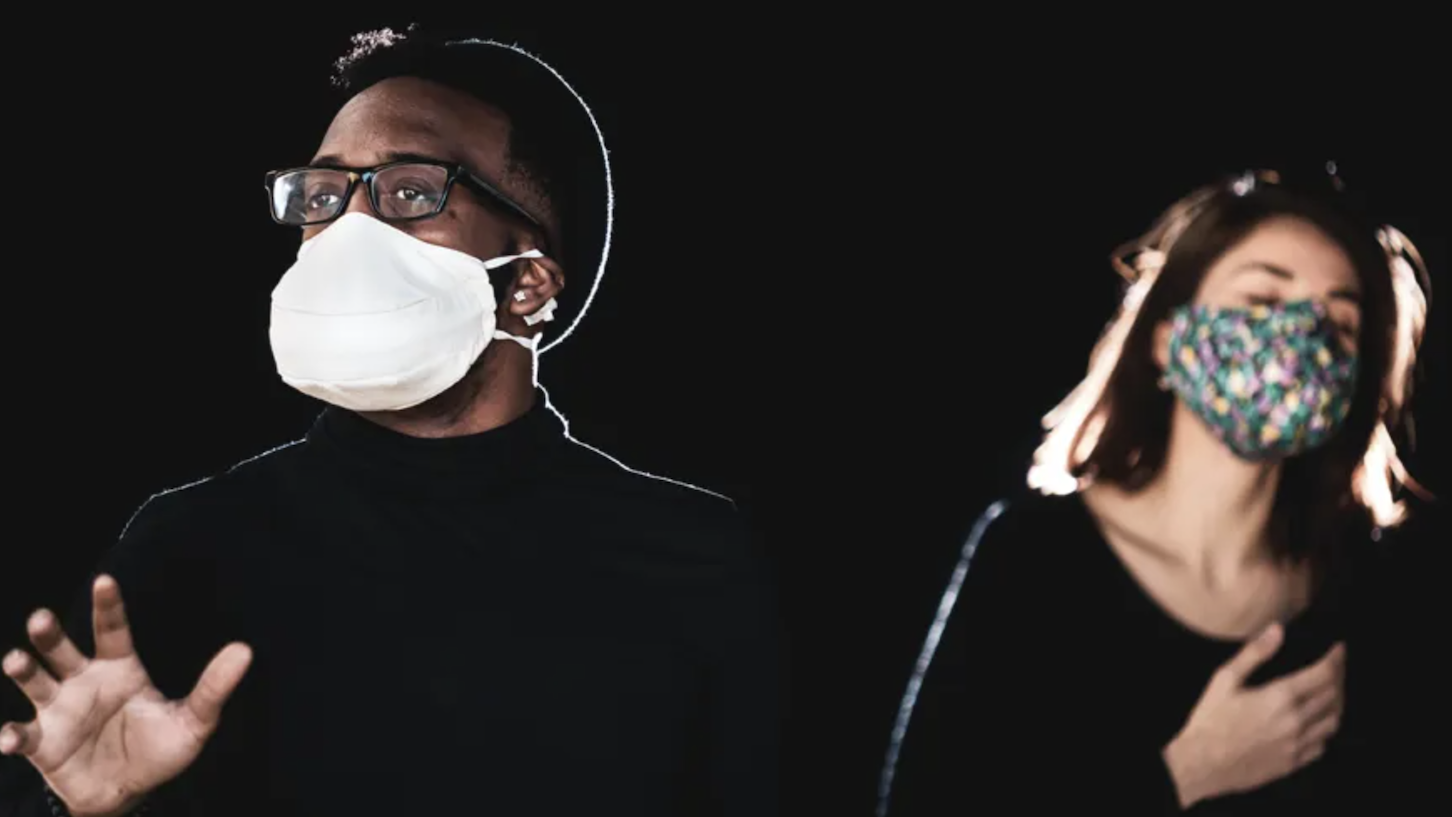 The novel coronavirus had already begun its awful spread through the U.S. when on the evening of March 10, the singers of Washington state’s Skagit Valley Chorale gathered for rehearsal. For two and a half hours, with most group members less than six feet from one another, they raised their voices and filled the air with song—and, it turned out, something more sinister.

By the end of the month, 53 of the 61 attendees had fallen ill and two had died, making headlines nationwide. Amateur and professional performers and audiences suddenly faced an existential question: Just how dangerous is singing or playing instruments communally?

As communities around the nation continue to try to stave off the spread of COVID-19 with varying degrees of shutdown, that question has persisted, leaving in-person music, theater and dance performances mostly silenced. The creative industry lost 2.7 million jobs and more than $150 billion from April 1-July 31 alone, according to a Brookings Institution study.

The performing arts landscape remains murky until an anticipated vaccine is widely available, and for musicians, singers and other performers without institutional support, the pandemic has been a calamity: emotionally, socially and financially.

Jelena Srebric, a University of Maryland professor of mechanical engineering, has stepped onto this dark but brightening stage, co-leading a national study investigating how effectively the virus can be transmitted from the lips of a contralto or the bell of a trumpet to neighboring musicians or singers—and how to mitigate the risks.

At the same time, the university’s School of Music and School of Theatre, Dance, and Performance Studies are pioneering creative ways to keep students learning and playing together even while distanced, thanks to new technology and teaching approaches, as well as outdoor opera, livestreamed plays, video projections and other innovations.

“I understand performers needing some presence of each other, because … they literally cannot perform (otherwise),” says Srebric. “I would do everything I physically can to help musicians (perform) safely because I understand the need.”

Music comes from deep inside us in the most literal sense, making it a moist, spitty business.

Whenever brass and woodwind instrumentalists play a scale or vocalists sing an aria, they expel bits of fluid into the air. Larger ones, known as droplets, fall to the ground within a few feet. But tiny ones, less than five micrometers in diameter, are known as aerosols. They linger in the air, travel farther than droplets and can persist on a surface for up to several hours.

Spooked by the Washington state choir disaster, Mark Spede, professor of music at Clemson University and president of the College Band Directors National Association, and James Weaver, director of performing arts and sports for the National Federation of High School State Associations, began diving into research on aerosol production in music performance, but found scant data. They convened a coalition of more than 125 arts organizations to pool resources and commission a study on COVID-19, singing and instruments.

The team quickly brought on Shelly Miller, professor of mechanical engineering at the University of Colorado, Boulder, as a lead investigator to examine the aerosol projection and velocity of wind instruments, vocalists and actors. Soon, Srebric, who had long worked on indoor air quality and ventilation, and had published papers with Dr. Don Milton, professor of environmental health at UMD and influenza expert, joined, too.

At Colorado, Miller and her team enlisted instrumentalists to perform in front of lasers and stage fog, which allowed them to compute and visualize aerosol volume and velocity through clean air. The initial findings were a dismaying shock. “When (the Colorado team) showed us how much aerosol was coming out of the instruments, our hearts sank very quickly,” says Spede.

In College Park, Srebric and her team of students, using a high-speed camera, measured the particles in breath and speed of exhalation. Then they modeled how aerosols could disperse through recital halls or rehearsal spaces of various sizes, factoring in information about ventilation systems.

The team found that some instruments posed more of a threat than others. Trumpets and clarinets—instruments with a relatively simple, unimpeded shape from mouthpiece to bell—had higher concentrations of particles than more curved ones. It also determined that while most musicians should position themselves six feet apart, trombonists needed nine; they have to work harder to push sound to the other end of the elongated instrument, making them more efficient vectors—plus, with the slide fully extended, the trombone easily eats into those six feet.

Actors, too, produced many more particles while projecting their voices than typical conversation would, the findings showed. Researchers saw essentially no difference in the number of particles produced by playing an instrument, singing or speaking for the stage.

The results showed that performing or practicing outdoors, along with masks—both on the musician’s face if possible, with a small slit cut out for the player’s mouth, and a bell cover for wind and brass instruments—cut the risk of diffusing aerosols significantly.

“Huge,” Srebric says of the difference masks make. “You’re looking at a 50 to 70, 80% reduction in the concentration of particles and the velocity.”

Even outside, Srebric recommends that musicians or singers move to a new location or take a five-minute break after an hour of practice. “You build up the concentration” in the air, she says. Moving to a different area or pausing to allow wind to shift the air reduces the aerosols present, she says.

After the initial guidelines were released in July, Srebric received a deluge of questions from music teachers and band leaders around the country who were hungry for information. What type of fabric should we use for masks (Surgical masks are good, and more important than fabric is fit: Make sure they’re snug around nose and chin. For instruments, a scrap of pantyhose stretched around the bell works.) How long can we stay in a rehearsal space (Thirty minutes, maximum.) How can musicians empty spit valves safely? (Easy—use a disposable puppy pad.)

Lynne Gackle, national president of the American Choral Directors Association and professor of ensembles and director of choral activities at Baylor University in Texas, says Miller’s and Srebric’s work has “definitely informed everything we are doing at our university right now.” In the fall, her student singers wore masks, met in a large church sanctuary with a good ventilation system and went outside every half-hour to let the air clear.

For Gackle, the guidance allowed a return to the splendor of live music. “On Sept. 7, when I sat in front of that choir and they began to sing, it moved me emotionally,” she says. “I looked out and they were moved emotionally, and I saw tears. I get chills thinking about it right now.”

Still, Srebric is bearish on the return of music as leisure until a vaccine is widely available. For musicians, “playing music together is a pretty social experience,”she says. Attending a concert for pleasure, she believes, constitutes “an unnecessary risk.”