Getting a Handle on Handel 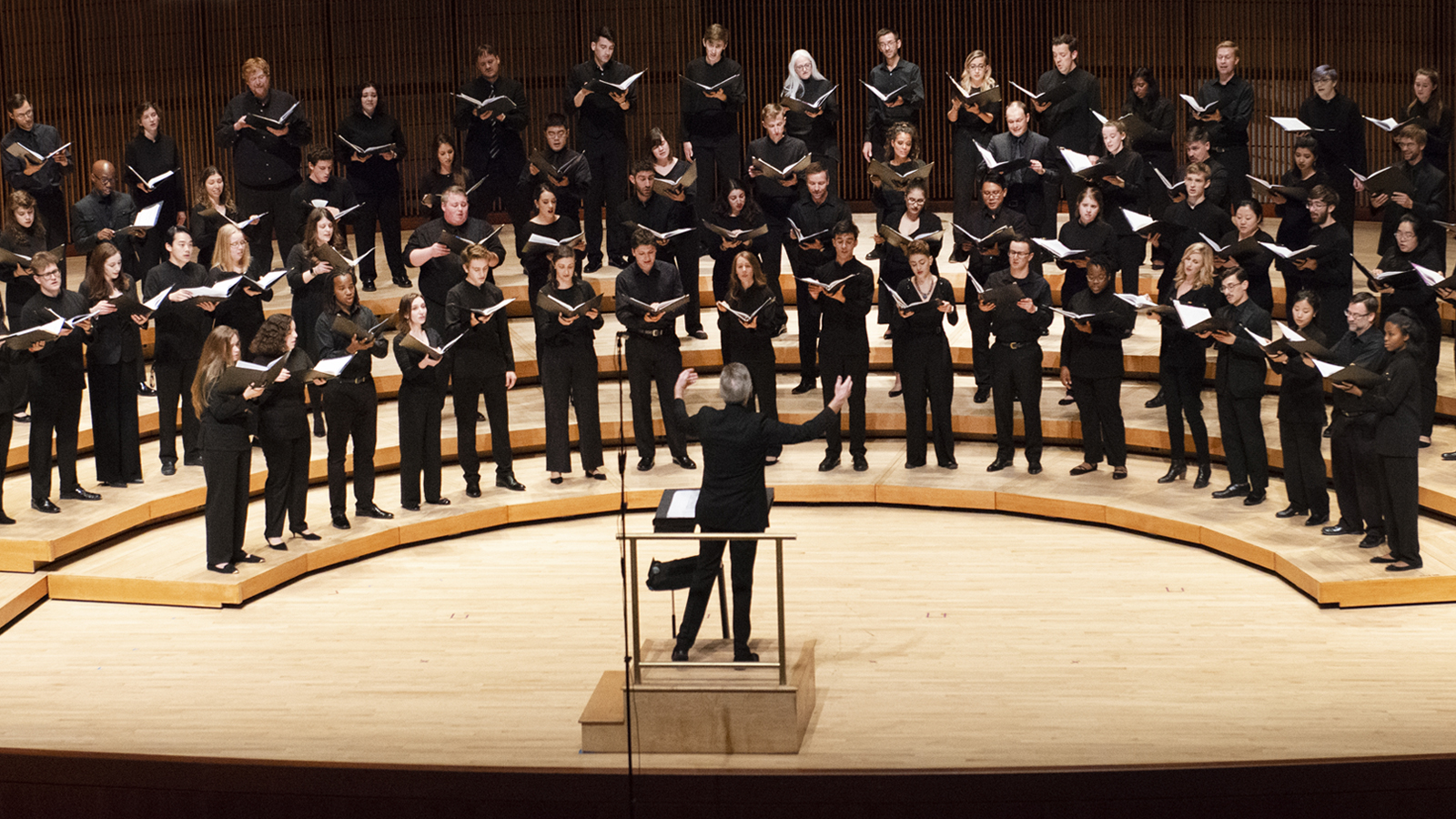 5 facts about ‘Messiah’ before Sunday concert.

Nearly 300 years after the premiere of George Frederic Handel’s “Messiah,” the oratorio with its soaring “Hallelujah” chorus still enthralls music lovers every Christmas season. But why?

“You continually find things in it that are inspiring,” said University of Maryland music Professor Edward Maclary. “There’s not one wasted measure, not one wasted note in that score. Even for musicians who are charged with playing it and singing it every year, it doesn’t get old. It doesn’t get tired.”

On Sunday, the UMD Chamber Singers, members of the UMD Symphony Orchestra and student and alumni soloists will be led by Maclary, who is the director of choral activities, in a performance of “Messiah” at the Clarice Smith Performing Arts Center. Proceeds will benefit School of Music student scholarships.

Before you head to the show, here are five facts you may not have known about the holiday staple:

1. It was written in a “fury of inspiration”
For Maclary, the sheer speed in which Handel composed “Messiah” makes its beauty even more profound. In July 1741, prominent librettist Charles Jennens handed Handel the text for a new oratorio — a large-scale musical work for orchestra and voices, which often portrays a religious tale. It was not a narrative, but a series of Bible verses. In a “white-hot fury of inspiration,” Maclary said, Handel produced the 53 sections of the 260-page score in just 24 days.

2. Handel premiered it to a packed house
By the time he wrote “Messiah,” the German-born Handel was the preeminent composer in the United Kingdom. So when “Messiah” premiered at Dublin’s Musick Hall on April 13, 1742, it drew a huge crowd. To make room, newspaper ads leading up to the concert asked women to wear skirts without hoops and men to leave their swords at home.

3. “Messiah” has always been synonymous with charity
Like many of us today, Handel was inspired to give back to those in need. The first performance of “Messiah” was a benefit for the “Relief of the Prisoners in the several Gaols [jails], and for the Support of Mercer's Hospital in Stephen's Street and of the Charitable Infirmary on the Inns Quay." From 1750 until his death in 1759, Handel performed it annually as a benefit concert for Thomas Coram's Foundling Hospital in London, a charity for orphaned children.

4. Don’t forget to stand during the “Hallelujah” chorus
On Sunday, you’re likely to find yourself rising to your feet as the famed “Hallelujah” chorus begins. Why? Because King George II stood during the chorus at the 1743 London premiere — and thus, so did the audience — and that became the tradition. Some say he stood because he was overcome with emotion. Others say he was stretching his legs.

5. The performance at The Clarice will sound much like it did in the 1700s
“Messiah” has been interpreted in countless ways since Handel’s death. In modern times, many orchestras and choruses strive to approximate the size and sound of the piece as it was performed during Handel’s time. The performance at The Clarice will feature a countertenor, which is the highest adult male singing voice, with a range comparable to a female alto. Countertenors are heard only in music from the Renaissance (1400–1600) and Baroque (1600–1750) periods. The countertenor of UMD’s production, Tim Keeler, is pursuing a doctorate in conducting. “We’re trying to make it as it was performed in Dublin,” he said. “This is one small thing that brings it back to that.”

Handel's "Messiah" will be performed at 3 p.m. Sunday at The Clarice. Tickets are available here. To learn more about Handel and “Messiah,” attend a pre-concert discussion led by Maclary.