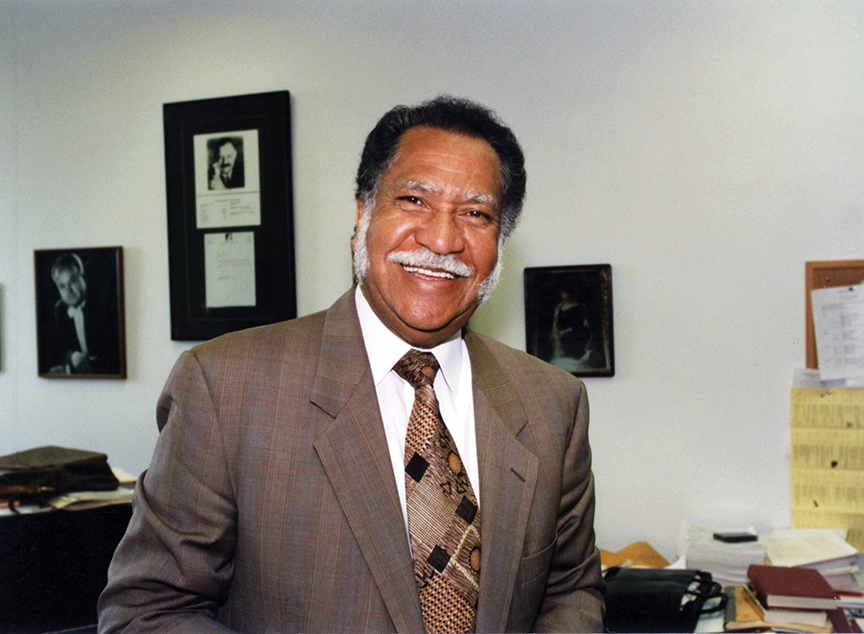 Few classical music lovers have seen retired Professor of Piano Cleveland Page play, but vast numbers have felt his influence in the performances of famous musicians as well as those of friends and relatives studying piano. Instead of focusing on live performance, Page--who taught from 1992 to 2017 at the University of Maryland, including more than a decade as chair of the School of Music’s piano division--is a renowned expert in piano pedagogy, or teaching methods, and the creator of a widely used piano method. He has made a number of highly regarded recordings as well, some of which are available on YouTube.

Page’s legacy also continues through a recent $500,000 gift to the university, establishing the Cleveland Page Piano Faculty Endowed Fellowship for Excellence in Teaching, Performance and Recruitment as well as a current-use fund for the coming academic year. It will help keep the University of Maryland at the forefront of piano teaching by supporting his former colleagues beyond their studios. “I’m especially interested in providing funds to help them record, to play recitals and to send members of the piano faculty to audition students around the coun- try and recruit them to the University of Maryland,” says Page, who recently moved to the San Francisco Bay area. “When I left, I was determined to do something for the School of Music and the piano division, and so I thought about what would have improved the situation that I had lived.”

It’s a profile-raising gift, says the current piano division coordinator, Professor Larissa Dedova, who has known Page for decades and applied for a UMD faculty position at his suggestion while teaching at the Tchaikovsky Conservatory in Moscow. Relatively few piano faculties nationwide have similar resources to help fund faculty activities, she says.

“I’ve known Cleveland for many years; he’s an amazing person and a great musician and pedagogue with an immense dedication to music and to the profession,” she says. “As for this gift, it’s a big thing for us and we’re still kind of stunned. We hope we’ll soon have some results in the realization of projects, and that he’ll be happy and proud of us.”

The gift is “transformative,” says Jason Geary, director of the School of Music. “It will ensure that the long tradition of excellence and visibility among the piano faculty at the School of Music continues well into the future, and it will provide faculty with resources to help recruit the best possible students,” he says. “We are tremendously grateful for his generosity and forward-looking vision.”

Page is reaching out to former students in the United States and abroad to help grow the endowment, which generates spendable income yearly through appreciation. He hopes his gift sparks a movement of the piano division into the top ranks of such programs around the world. Added Dedova, “This opens a whole new horizon for us, and possibilities to think more freely and creatively than ever before.”