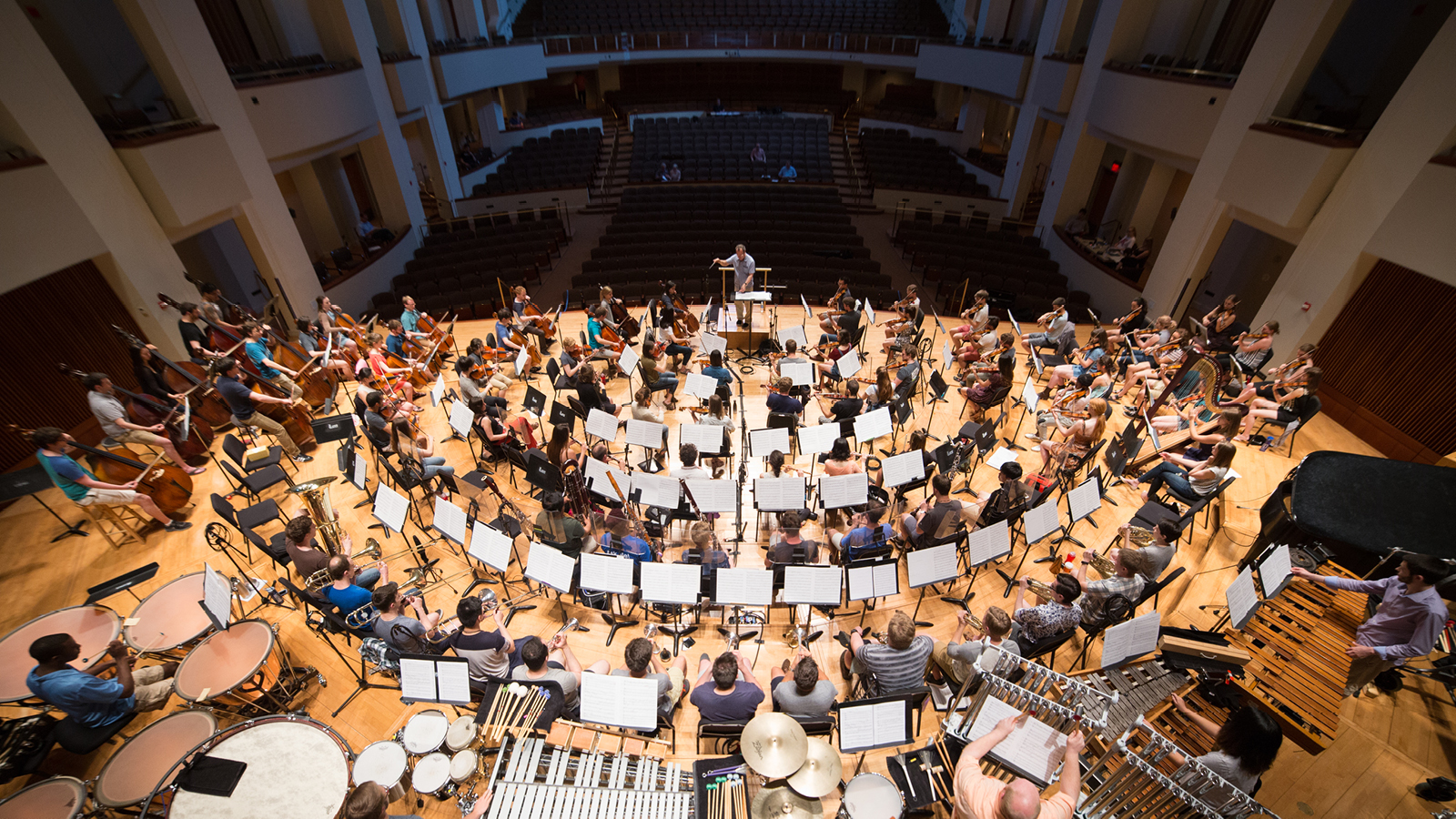 School of Music students featured on National Orchestral Institute's recording that could take home a Grammy this weekend.

School of Music students featured on National Orchestral Institute's recording that could take home a Grammy this weekend.

Students in the University of Maryland's (UMD) National Orchestral Institute (NOI) are some of the best young musicians from around the country. They’re so good in fact that their performance on a recording of “Ruggles, Stucky & Harbison: Orchestral Works” is nominated for Best Orchestral Performance at this Sunday’s Grammys.

Conducted by Albany Symphony’s renowned David Alan Miller, the album was recorded at The Clarice Smith Performing Arts Center in June 2017. The musicians, who gathered that year at NOI for a month-long summer institute to rehearse and perform with leading conductors and instructors, had only worked together for two weeks when the recording took place.

Now their album shares the nomination with recordings by top orchestras around the world.

"This is a wonderful testament to the talent and passion of the students," says Richard Scerbo, director of NOI.

Every summer for over 30 years, NOI has given young musicians amazing opportunities to develop their careers as orchestral musicians.

Camille Jones, a junior violinist in UMD's  School of Music, participated in the 2017 recording and is incredibly thankful for her experience.

"I joined NOI when I was young, after my freshman year of college, and did not know I would be part of a nomination of this caliber," said Jones. "It's a great accomplishment that I did not expect at this stage in my career!"

The category of Best Orchestral Performance will be announced during the “Grammy Premiere Live Ceremony” at 3:30 p.m. Sunday at www.grammy.com.