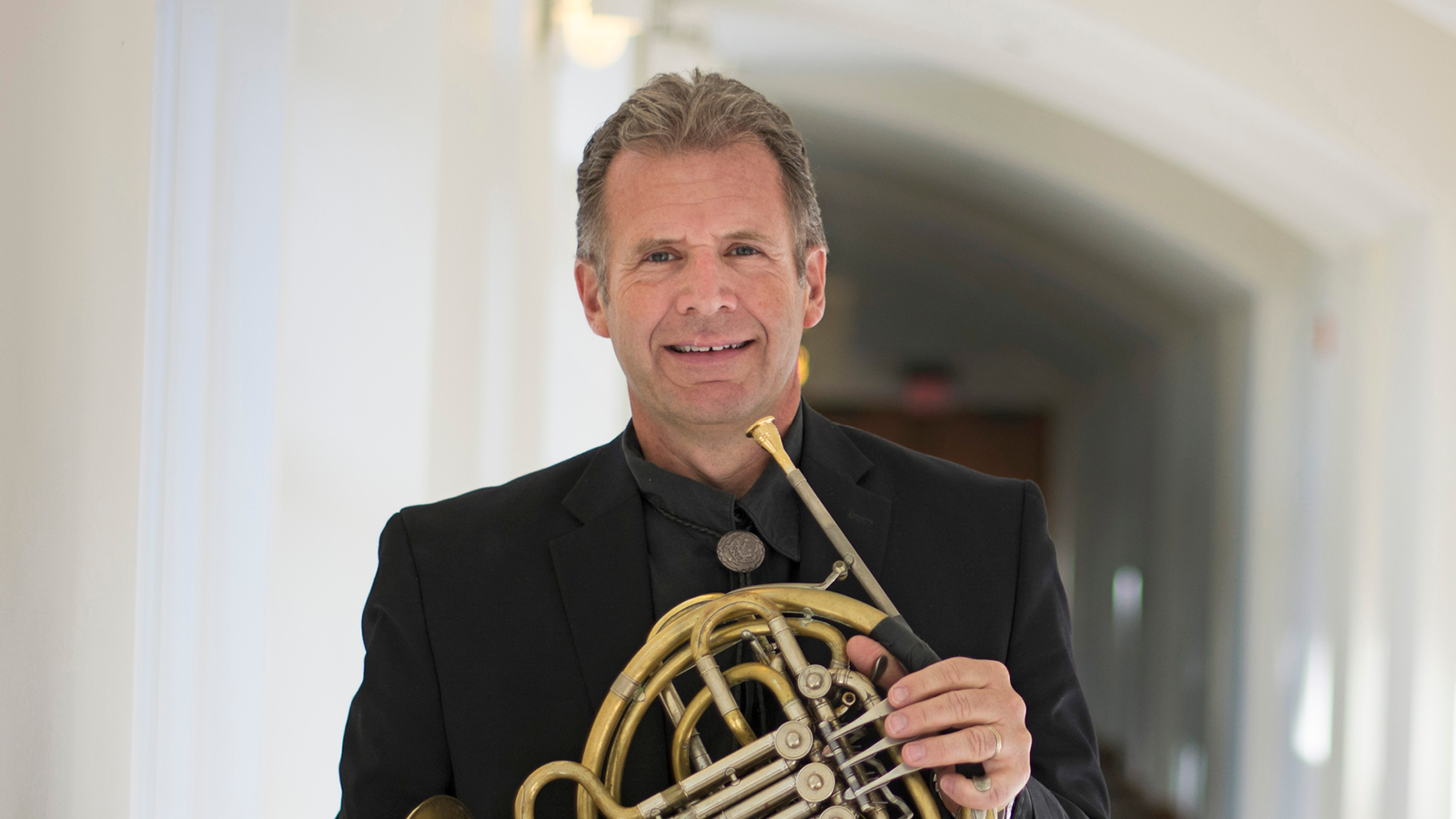 The College of Arts and Humanities has appointed horn Professor Gregory Miller director of the University of Maryland School of Music (SOM) for a two-year term, effective July 1, 2020.

He succeeds Jason Geary, who departs for his new role as dean of Mason Gross School of the Arts at Rutgers University.

With his appointment beginning in the midst of the COVID-19 pandemic, Miller is charged with upholding SOM’s high standards of music instruction, creativity and scholarship while nurturing a community of care during these challenging times.

“As I celebrate 20 years as a member of this esteemed faculty, I am thrilled to be leading the University of Maryland School of Music,” said Miller. “I am looking forward to creating new opportunities for inclusion, diversity, equity and access.”

He also plans to use technology to create “new pathways for instruction, creativity and scholarship” supporting SOM’s academic and performance areas.

“Professor Miller is a tremendous talent with a dynamic vision for excellence, creativity and engagement throughout the school,” said Bonnie Thornton Dill, dean of the College of Arts and Humanities. “I am delighted that he has agreed to dedicate his time and talents to serve the school and college in a leadership capacity.”

In addition to his teaching and administrative experience, Miller leads an accomplished performance career as chamber musician, orchestral player and soloist.

As hornist for the Empire Brass for over 15 years, Miller presented hundreds of concerts, masterclasses and clinics throughout the world with the quintet. In addition to concertizing throughout the United States, Miller has performed in 25 countries spanning five continents and at notable venues including Carnegie Hall, the Kennedy Center, Suntory Hall, the Barbican Centre, the Mozarteum and the Musikverein. Recorded on the Telarc label, Miller can be heard on the quintet’s “Class Brass: Firedance” and “The Glory of Gabrieli.”

Miller’s orchestral career began in 1991, as a fellow with the New World Symphony under Michael Tilson Thomas. In 1994, Miller was appointed associate principal horn and assistant personnel manager of the Honolulu Symphony Orchestra. He has also performed in the horn sections with the Detroit, Pittsburgh, Baltimore and National symphony orchestras as well as with the Miami City Ballet, Washington Ballet, Kennedy Center Opera and Palm Beach Opera orchestras.

As a soloist, Miller has performed with the United States Navy Band of Washington, D.C., the National Symphony Orchestra of Costa Rica, the Daegu Symphony Orchestra of South Korea, the Palm Beach Symphony and the American Wind Symphony among others. His solo recordings “From Bach to Bernstein” and “Solos for the Horn Player” were released to critical acclaim and he recorded “American Brass Trios” for Albany Records with fellow brass faculty Chris Gekker and Matthew Guilford.

A native of Youngstown, Ohio, Miller received his Bachelor of Music in horn performance from the Oberlin College Conservatory of Music where he studied with Robert Fries, former co-principal horn of the Philadelphia Orchestra. Other teachers have included Eric Ruske, William Slocum and Larry Miller.