The UMD Chamber Singers mark 20 years with a unique collaboration between students and alumni.

The UMD Chamber Singers will be joined on stage this Thursday by 50 very special guests: graduates of the School of Music (SOM), who were once in their place.

For current students, it’s a chance to sing alongside and learn from professionals working in various facets of choral music across the country — whether in academia, opera companies or military choirs.

For music professor Edward Maclary, director of choral activities, the November 7 concert is a unique chance to lead performers that he’s known over the past two decades. The concert marks the 20th anniversary of the UMD Chamber Singers, the SOM choral activities’ flagship choir. It’s also Maclary’s 20th year at UMD.

“We’ll have first-year undergrads all the way up through our first graduate student ever, who is now the choral director at SUNY Binghamton,” Maclary said. “It’s the whole spectrum. That will be very special for me.”

The UMD Chamber Singers and Alumni Choir concert, which will take place in Dekelboum Concert Hall at The Clarice, is part of the 2019 National Collegiate Choral Organization Conference, hosted this year by SOM. The biennial conference features college and university choirs chosen by audition from across the country and includes events like performances, presentations and workshops. Some 800 people will be in attendance from around the world.

“This is the first time we’ve been asked to host the conference,” Maclary said. “It’s a big honor for the school and university to host.” 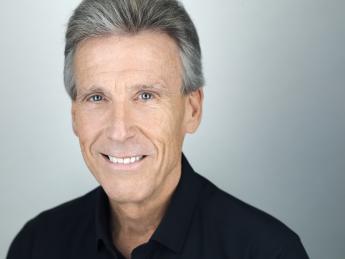 At Thursday’s concert, current chamber singers will perform Stravinsky's “Les Noces” and a specially commissioned work by SOM alumna Dale Trumbore '09, titled “If I Say Yes,” before they’re joined by alumni to perform music by Brahms and Schönberg. Maclary calls Trumbore, whose compositions have been performed widely in the U.S. and internationally, “one of the most successful choral composers of her generation.”

Maclary said the opportunity to perform with high-level professionals will be transformative for the students.

“It’s not just singing with a professional orchestra and conductors,” he said. “It’s seeing people that were just at the university a few years ago stand next to them and do high-level professional work. More than anything I could teach or tell them, they will have a working model right in front of them.”

The UMD Chamber Singers and Alumni Choir performance is free and open to the public. More info here.