September 14, 2021 School of Music | College of Arts and Humanities 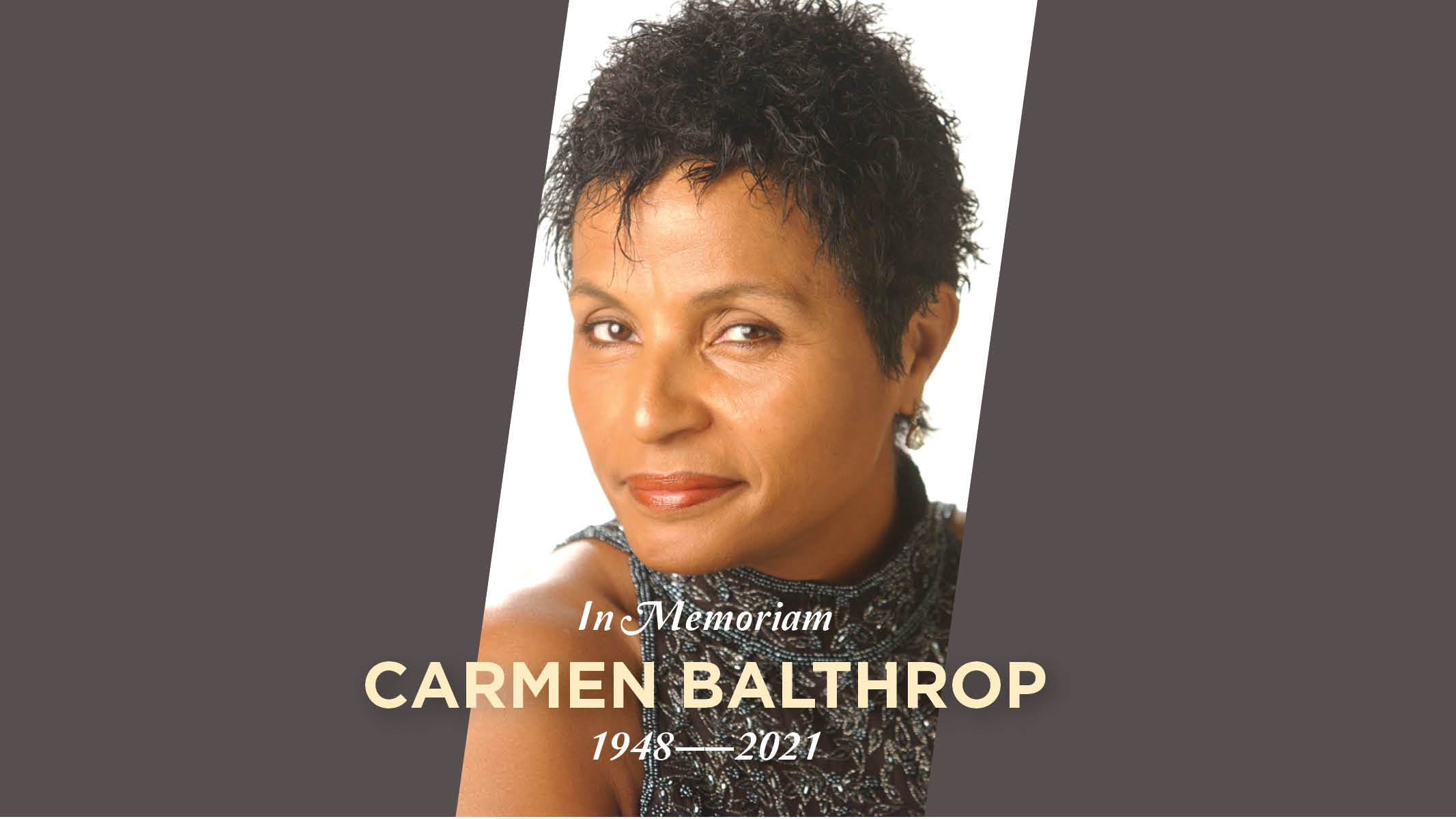 The School of Music bids farewell to an opera legend and a beloved faculty member of 35 years.

Legendary American soprano and beloved Professor of Voice and Opera Carmen Balthrop ’71 passed away on September 5, 2021, at age 73 following a yearlong battle with cancer. She taught for the University of Maryland School of Music (SOM) for 35 years.

SOM Director Gregory Miller said Balthrop demonstrated outstanding commitment and dedication to her students, her colleagues and the university during her years on the faculty.

“Those who worked with Carmen, studied with her or were simply graced by her presence know the huge void that has befallen our community,” he said.

She was inspired to pursue singing after hearing opera for the first time on her father’s radio when she was only eight years old. She received her B.M. from UMD in vocal performance in 1971 under the tutelage of faculty member William Winden and her M.M. in vocal performance with an opera concentration from The Catholic University of America in 1972.

A stunning soprano, she performed with many of the world’s prominent opera companies and symphonies including the Metropolitan Opera, Washington Opera, Deutsche Oper (Berlin), Teatro La Fenice (Venice), the New York Philharmonic, the Boston Symphony, Los Angeles Philharmonic and the National Symphony. Balthrop performed recitals at the White House, Carnegie Hall, the Library of Congress and the Kennedy Center. Her singing voice was acclaimed by The New York Times as “a voice of power and uncommon tonal purity.”

Her most notable operatic roles included Cio-Cio-San in “Madama Butterfly,” Violetta in “La Traviata,” Micaela in “Carmen,” Liu in “Turandot,” Donna Elvira in “Don Giovanni,” Poppea in “L’Incoronazione di Poppea” by Monteverdi and Susannah in “Susannah” by Carlisle Floyd. In 1975, Balthrop made her Broadway debut as the title role in the Houston Grand Opera’s production of Scott Joplin’s “Treemonisha.” The production was then aired on PBS.

“I witnessed the reams of paper on which she wrote the lyrics of the art songs we were preparing in order to solidly memorize them,” he said. “We expected the highest humanly possible standards from each other; the highest level of musicianship. And we did challenge each other during every performance, just allowing the music to totally take over. It was never about us, it was always about the music. The music was paramount.”

In 1985, Balthrop returned to the classrooms of her alma mater—this time to teach. At UMD, she taught individual voice and opera lessons and courses including “Movement for Singers,” “Opera Repertory” and “Advanced Seminar in Vocal Pedagogy.” She emphasized the importance of nutrition and health for singers.

Balthrop served in administrative roles for the SOM as the coordinator of the Voice and Opera Division from 1995–98 and then again from 2016–20. She was the associate director for academic affairs and undergraduate studies from 2020–21. She was selected to serve as the College of Arts and Humanities’ 2016–17 ADVANCE professor as a mentor and advocate for women and underrepresented minorities in academia. She held multiple roles on the university senate and was the founding chair of the SOM’s IDEA (Inclusion, Diversity, Equity and Access) Committee.

As part of her arts advocacy work, Balthrop sang an aria for the U.S. Senate and testified before the congressional subcommittee to advocate for National Endowment for the Arts funding. In 1995, Balthrop was inducted into UMD’s Alumni Hall of Fame. She was one of only 21 alumni honored as part of its inaugural class.

Gran Wilson, coordinator of the Voice and Opera Division at the SOM, said Balthrop had a huge impact on her students.

“Carmen brought to students the example of always being a cut above in one's dress, demeanor and class, as well as in corresponding effort and dedication to one's pursuit of excellence,” he said.

Senior voice major Gabrielle Gilbert ’22, who studied with Balthrop as a member of her voice studio from her freshman year onward, remembered how her professor was a pillar of unwavering support by portraying confidence and helping to bring her students out of their shells.

“After a performance, Carmen would wrap you up tight in a loving hug, telling you how proud she was of you,” said Gilbert. “She would greet you with a smile and ask how you were doing."

Miller said that "although Carmen’s career path led her to many of the great opera houses and concert stages throughout the world, her love, devotion and passion for teaching always took center stage. Her legacy will live on through her students."

He shared that the SOM is planning a tribute concert so that everyone who knew and loved Balthrop can come together and celebrate her impact on their lives.

Balthrop’s music recordings and releases are available on her website. She is survived by her husband Patrick Delaney, daughters Camille Adriana Delaney-McNeil and Nicole Simone Mosley and grandchildren Asia Duckens, Micah McNeil and Austin McNeil.

The Celebration of Life Service for Balthrop will be held Friday, September 17, 2021, at the Immaculate Conception Church, 1315 8th Street, NW, Washington, D.C. Masks will be required while inside the building. Musical meditations involving members of the SOM will begin at noon and the Requiem Mass will be held at 1 p.m. It will be open for in-person attendance and livestreamed at this link for those unable to attend. In lieu of flowers, the family is requesting that donations be made to the University of Maryland School of Music Scholarship Fund in her name. For further inquiry on how to donate in Balthrop’s memory, please contact Associate Director of Development David Robinson-Slemp at 301-405-4623 or drslemp1@umd.edu. 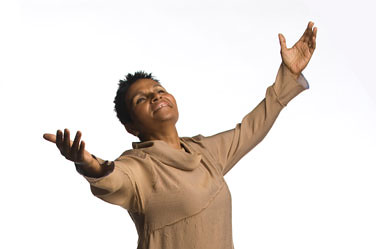