Stepping Onto The Podium

October 04, 2019 College of Arts and Humanities | School of Music 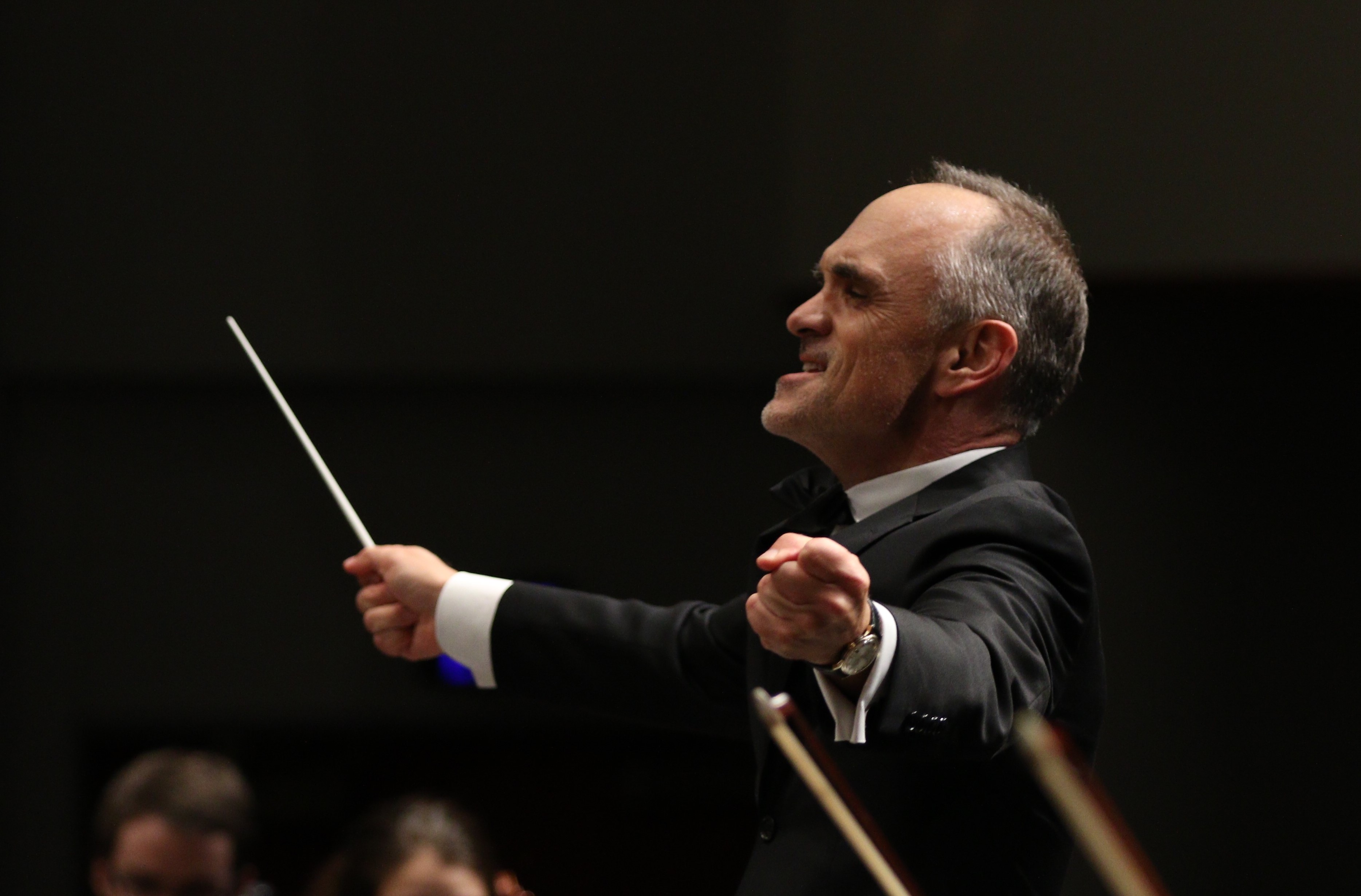 David Neely makes his debut as the University of Maryland Symphony Orchestra’s music director this weekend.

Did you say Bach, or Beethoven, or Chopin?

Whatever came to mind, David Neely predicts it wasn’t a woman or a person of color. Composers from marginalized groups don’t traditionally get top billing on concert programs, and he’s on a mission to change that.

The new music director of the University of Maryland Symphony Orchestra (USMO) plans to give concertgoers plenty of chances to hear work by diverse composers. And he hopes this direction expands the student ensemble’s appeal—even to those who’ve never attended a classical music performance.

We spoke to Neely about his plans for UMSO and why he loves conducting.

Welcome to the University of Maryland. How is it going so far?

I love going to work every day and experiencing the curiosity, energy and openness that the students bring. The orchestra has a great attentiveness in rehearsal that makes my job particularly interesting and rewarding. They are playing beautifully. I'm very excited to share our work and celebrate them and the music with the audience on Saturday.

How do you explain the role of a conductor?

My job is to bring unity of expression, to bring accuracy to what’s on the page and to shape a performance to keep people engaged.

I’m doing that by keeping the pulse—that’s the basic level of conducting. Next is showing nuance: how loud or soft, how fast or slow, how the notes connect. Then there is the overall shape and impact of the work, the psychological interaction, the intangibles, what happens between the notes. These last things are where it really gets interesting. The same orchestra can sound different with different conductors.

The players have notes on the page, but that’s like a code. They can’t have all the information the composer was thinking at the time. So the conductor’s job is to figure out what the blanks are and communicate that. I feel, even with students, we’re collaborating. Every time I walk into rehearsal, my feeling is let’s explore what’s next together.

What can you tell us about the three pieces that will be performed this weekend (Antonín Dvořák: Symphony No. 8 in G Major, Op. 88; Jennifer Higdon: “blue cathedral;” and Ludwig van Beethoven: “Leonore” Overture No. 3)?

I consciously chose pieces that are great training pieces and masterworks, and that also I feel personally close to. And all of these pieces tell stories.

Jennifer Higdon's “blue cathedral” is a 20-year-old piece that she wrote after her brother died and that I programmed to bring to mind the cathedrals, real or figurative, in our lives—those things of lasting beauty that give us room for reflection and contemplation of the sublime, and which was brought close to us when Notre Dame burned last April. “Leonore” Overture No. 3 is from Ludwig van Beethoven’s only opera “Leonore” (later renamed “Fidelio”), which came during Beethoven’s struggle with his own deafness. You hear the struggle in the music, but also the hope. Antonín Dvořák was the first Czech composer to become a worldwide celebrity, and who even spent some time in the United States. In Symphony No. 8 you find storytelling from a person who loved his homeland. His music has an honesty, a pride of heritage and a nostalgic quality that makes us all feel a little Bohemian. Despite all his travels, he loved to be back home writing in his garden surrounded by his children.

What can people expect throughout the upcoming UMSO season?

I think it’s important to put works by historically marginalized composers next to standard canon works on a regular basis and to do projects that explore works by composers of diverse backgrounds. We’re doing a number of pieces by women coming up. We’ll have a work by an English composer, an Estonian, African American women composers … the sky’s the limit.

Next is English composer Gustav Holst’s “The Planets,” a showcase for orchestra in which the composer explores the characteristics attributed to the planets in ancient astrology, one of Holst’s hobbies. After this first concert I thought, let’s let our hair down a bit but also keep showing what we can do.