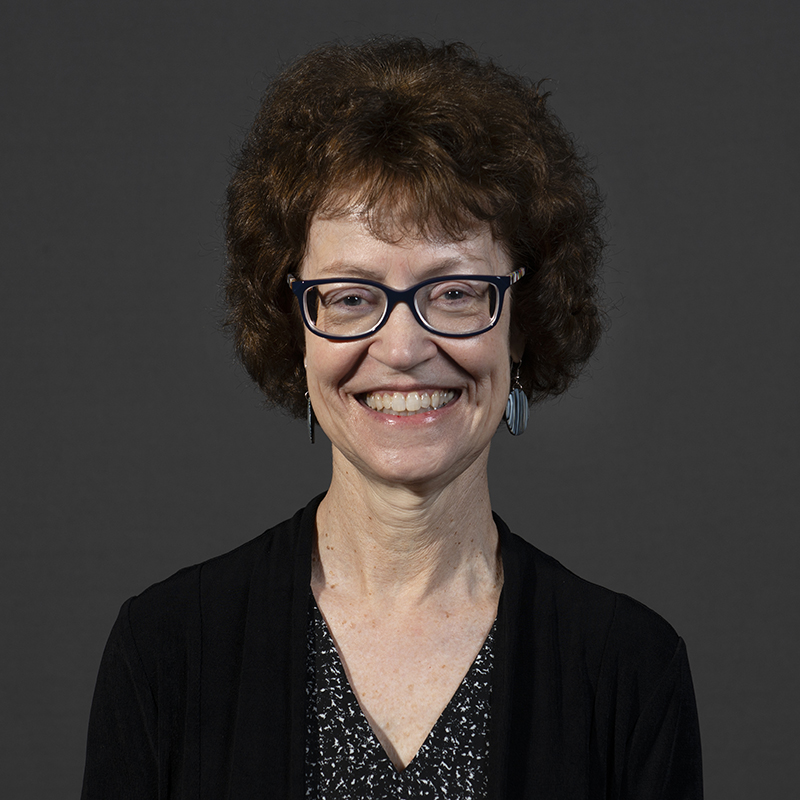 On Sabbatical for the Spring 2021 Semester

Barbara Haggh-Huglo specializes in medieval and Renaissance music, its notation, theory, sources, and archival documentation, and its place in urban life and at courts. Her research has taken her to most major libraries and archives in Europe and the British Isles, many in the United States, and more recently, to Mexico. She teaches early music notation and seminars on composers (Ciconia, Du Fay, Josquin), music in the early modern city, musical settings of the Mass from Machaut to Bernstein, and the history of music theory to 1700.

A past Vice President, Program Chair, and Member of the Directorium of the International Musicological Society, and former Chair of the IMS Study Group ‘Cantus planus’, Dr. Haggh-Huglo has a list of more than 100 publications (see RILM and the link to her bibliography below) resulting from grants from the Fulbright-Hays Foundation, ACLS, American Philosophical Society, British Academy, IREX, Katholieke Universiteit Leuven, Leverhulme Foundation, NEH, Université Libre de Bruxelles, the Région Poitou-Charente (held at the Centre d’études supérieures de civilisation médiévale in Poitiers, France), the Yale University Institute of Sacred Music, and the Renaissance Society of America. Her dissertation on music in late-medieval Brussels, a city from which only fragments of polyphony survive, led to further archival studies: her book soon to be in press, Recollecting the Virgin Mary with Music: Guillaume Du Fay's Chant across Five Centuries, includes scholarly editions of a 1458 Marian office by Gilles Carlier and with plainchant by Guillaume Du Fay and a 1583 revision of that office, both sung for a feast celebrated in some 70 churches over 500 years. In a nearly completed book written with grants from the NEH and Yale ISM, Of Abbeys and Aldermen: Music in Ghent to 1559, Dr. Haggh-Huglo explains how music participated in major historical developments of the 9th, 11th, 13th, and 16th centuries, and includes a reconstruction of all foundations for music recorded in the aldermen’s registers between 1400 and 1500. Her edition of two 13th-century offices for St. Elizabeth of Hungary inaugurated the series ‘Historiae’ of the Institute of Mediaeval Music, now with more than 30 volumes published; her edition of the historia for St. Hilary of Poitiers in this series was published in 2018.

Dr. Haggh-Huglo also edited three collections of articles mostly on archival topics (Musicology and Archival Research, Brussels 1993; Essays on Music and Culture in Honor of Herbert Kellman, Paris 2001; Ars musica septentrionalis, with F. Billiet, Paris 2011), the proceedings of the 2006 and 2009 meetings of the IMS Study Group Cantus Planus, and was a major contributor to several exhibition catalogues, including one of an exhibition Michel Huglo designed with her. She initiated the publication of an edition by C. Meyer and translation by K. Desmond of the treatise attributed to Lambertus / Aristoteles, for which she translated Dr. Meyer’s Introduction and Commentary (RMA Monographs 2015), and contributed to Dr. Meyer’s catalogue of the notated manuscripts of Nord-Pas-de-Calais and Picardy, vol. 1: Abbeville, Amiens, Arras, Bergues, Boulogne-sur-Mer, Cambrai (Brepols, 2015). Her articles are on topics as diverse as Aurelian of Réôme’s Musica disciplina, music theory in medieval libraries, musician secretaries, local economies and music, processions and theater in the Low Countries, the Marian office of the Order of the Golden Fleece she rediscovered and Van Eyck’s ‘Adoration of the Lamb’, liturgical nonconformity in Cambrai, and the first antiphoner printed in Paris. Her most recent articles concern the music theoretical background for chant performance and composition in ninth and tenth-century saints’ offices. Dr. Haggh-Huglo also published many articles with her late husband, Michel Huglo (d. 2012), including a new interpretation of the famous manuscript of 13th-century polyphony, ‘F’ (Revue de musicologie 2004), which they claimed was a gift to King Louis IX on the occasion of the Dedication of the Sainte-Chapelle in Paris. She is completing Michel Huglo's dictionary of medieval musical terms in four languages, Le latin musicologique, and his list of manuscript sources of the musical diagrams of Plato’s Timaeus and later commentators.

Dr. Haggh-Huglo serves on the editorial boards of the series Historiae (as noted above) and of the periodicals Journal of the Alamire Foundation, Musica disciplina, Plainsong & Medieval Music, and Revue belge de musicologie. She is also on the boards of the online projects CANTUS, RELICS, and Archivum de Musica Medii Aevi.

Barbara Haggh-Huglo (musicology) gave one of three invited keynote lectures with translation into Chinese at a triennial Chinese musicology conference on Western music at the China Conservatory in Beijing on November 9.

Barbara Haggh-Huglo (musicology) gave one of three invited keynote lectures with translation into Chinese at a triennial Chinese musicology conference on Western music at the China Conservatory in Beijing on November 9. During her stay in Beijing, she taught a graduate seminar class on Western plainchant and Parisian polyphony of the thirteenth century and attended some sessions of a conference on arts management education also held at the China Conservatory.