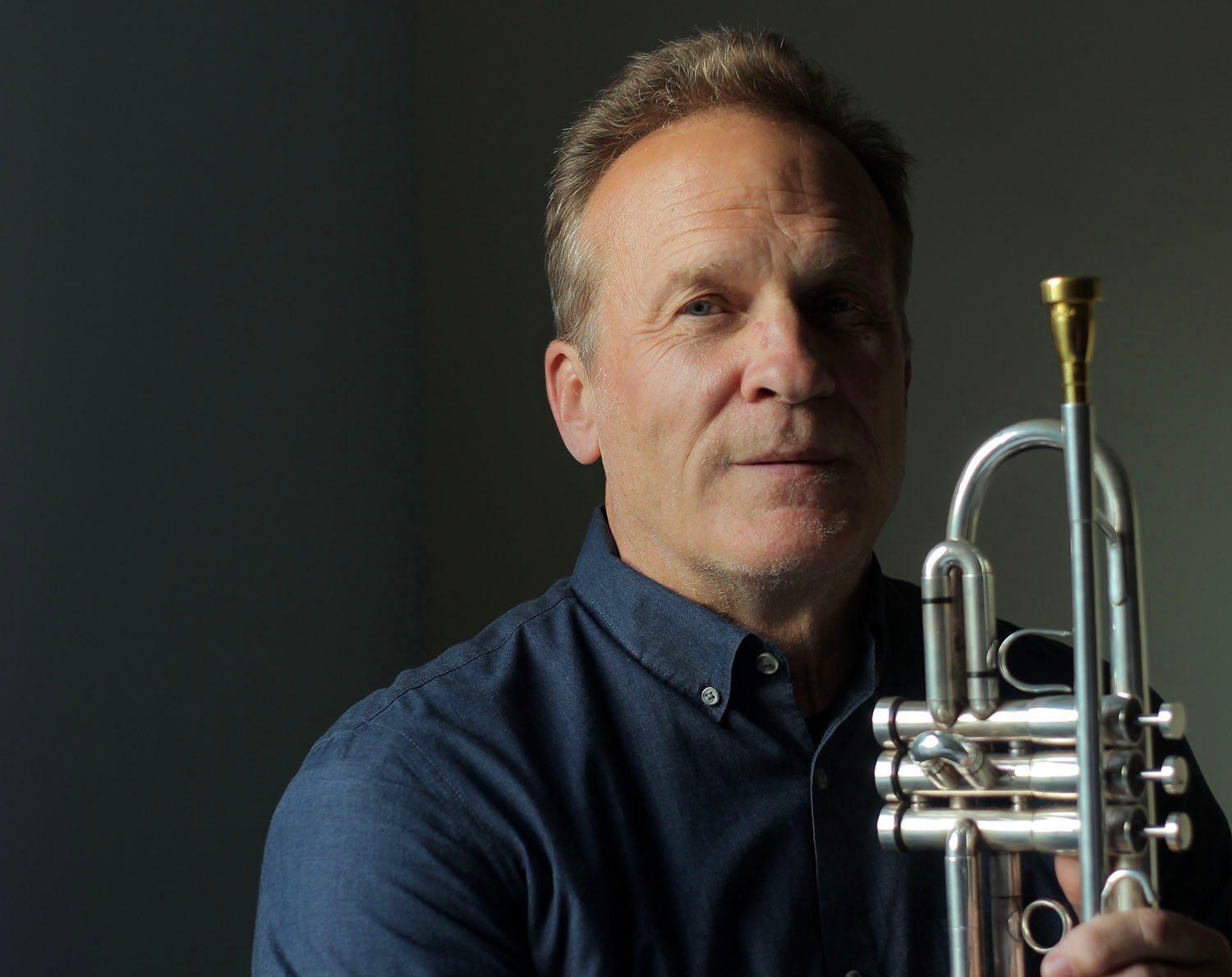 1130B The Clarice Smith Performing Arts Center
Get Directions

Chris Gekker is professor of trumpet at the University of Maryland School of Music. He has been featured as soloist at Carnegie Hall, Lincoln Center, and throughout the United States, Europe, and Asia. After performances of J.S. Bach’s Christmas Oratorio and Brandenburg Concerto no. 2 at Carnegie Hall, the New York Times praised his “bright virtuosity” and described his playing as “clear toned and pitch perfect.” Chris appears on more than thirty solo recordings and on more than one hundred chamber music, orchestral, jazz, and commercial recordings. CD Review called his 1985 recording of Aaron Copland’s Quiet City “a model of quiet perfection” and in a 1994 overview of several solo Hovhaness recordings Grammophone Magazine described his performances as “astonishingly poised.” Of his 1995 recording of Eric Ewazen’s Sonata for Trumpet and Piano American Record Guide stated “Ewazen writes that he had Gekker’s sound in his mind when he wrote the Sonata, and I can understand why. It is round, soft edged, gorgeous at soft dynamic levels, and always full and well controlled at fortissimo.” Chris is one of the featured artists on the 2005 Deutsche Grammophon compilation “Masters of the Trumpet.”

Chris’ many solo recordings include the Bach Brandenburg Concerto no. 2 (2000) and Winter (2004), a CD of music for trumpet and piano by Eric Ewazen and David Snow. Of the Bach, Classics Today wrote “Chris Gekker plays with brilliance and panache” and BBC Magazine stated “the trumpeter gives a secure and glittering account.” Of Winter American Record Guide wrote “I cannot think of another trumpet player I’d rather listen to than Gekker, and he is at his sweet, velvet-toned best in these pieces.” Of the 2009 Unchanging Love, music of Larry Bell, Fanfare Magazine stated “Chris Gekker has made himself known over the years as a superb trumpeter who is able to produce meltingly flute-like tones at one extreme, and to bring down the house at the other.”

Chris’ most recent solo recording, released in 2017, is Ghost Dialogues, featuring music by Robert Gibson, Lance Hulme, Carson Cooman, David Heinick, and Kevin McKee. Fanfare Magazine wrote “Chris Gekker is a master of the trumpet. His technique is impeccable: the Metier recording is so clear one can hear every detail of attack, and one would hear every smudged slur (if there were any – that suggestion is hypothetical). In addition, there is real musical intelligence at work, here coupled with a fervent belief in the music he plays.” The American Prize awarded Ghost Dialogues 2nd Place in their 2018-2019 Solo Artist Category.

Chris was a member of the American Brass Quintet for eighteen years, and on the faculties of the Juilliard School, Manhattan School of Music, and Columbia University.  He was principal trumpet of the Orchestra of St. Luke’s, frequently performed as principal and soloist with the Orpheus Chamber Orchestra and often featured with the Chamber Music Society of Lincoln Center. He has been a guest principal trumpet of the New York Philharmonic, San Francisco Symphony, the Santa Fe Opera, and the Baltimore Symphony. Chris has performed and recorded with many jazz and commercial artists, and often for television and movies. In 2009 he recorded and toured with Sting, and is featured on the DVD A Winter Night which was recorded live at Durham Cathedral in Durham, England.

Chris has been committed throughout his career to education and community service. In 2013 the Maryland Classics Youth Orchestra awarded him the Chester J. Petranek Community Award “for outstanding community service in enriching the musical life in the Washington D.C. Metropolitan area.”

Many of his students occupy orchestral positions in major symphonies throughout the world, as well as being prominent in jazz, chamber, and commercial music. His Articulation Studies, 44 Duos, Endurance Drills, Piccolo Trumpet Studies, 24 Etudes, and Slow Practice are available from Charles Colin Publications, and are sold worldwide. The most recent Slow Practice (2016) has been translated to Japanese. Chris was born in Washington D.C., grew up in Alexandria Virginia, and is a graduate of the Eastman School of Music and the University of Maryland. His teachers include Emerson Head, Sidney Mear, Adel Sanchez, and Gerard Schwarz. In 2018 the University of Maryland awarded Chris the rank of Distinguished University Professor. He is the first professor from the School of Music to receive this honor.