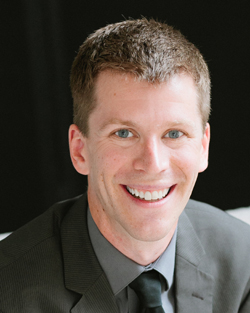 American Conductor Craig Kier has already received high praise for his “Tesla-like intensity” and “impeccable orchestral support” while leading performances throughout the United States and on international stages. In the 2014-2015 season, Maestro Kier became the Director of the Maryland Opera Studio at The University of Maryland School of Music. Productions since the beginning of his tenure have included Mozart’s Don Giovanni and Così fan tutte, Ravel’s L'enfant et les sortilèges, Blitzstein’s Regina and Rossini’s L’occasione fa il ladro.

In the 2015 – 2016 season, guest engagements for Maestro Kier included his debut with Wolf Trap Opera leading Britten’s Rape of Lucretia and a return to Opera Birmingham for La traviata. He also continued his longstanding relationship with Houston Ballet, leading performances of The Nutcracker, which he has done since 2011.

Engagements in the upcoming 2016-2017 season include Madama Butterfly in his debut at Arizona Opera, his debut with Opera Saratoga leading Verdi’s Falstaff, and performances of The Nutcracker with Houston Ballet. As Director of the Maryland Opera Studio, he will lead productions of The Rape of Lucretia, Gluck’s Orfeo ed Euridice, and Offenbach’s Orpheus in the Underworld.

In the summer of 2013 he served as Assistant Conductor on The Santa Fe Opera’s production of La donna del lago starring Joyce DiDonato and Lawrence Brownlee. Maestro Kier began his career as part of Seattle Opera’s music staff, serving in a variety of roles including Assistant Conductor, Coach/Accompanist, and Chorus Master. He has since served on the music staffs of The Santa Fe Opera, Cincinnati Opera, Atlanta Opera, Opera Colorado and Des Moines Metro Opera.

Annapolis Opera and its Board of Trustees announced today that Maestro Craig Kier will become the company's next Artistic and Music Director.