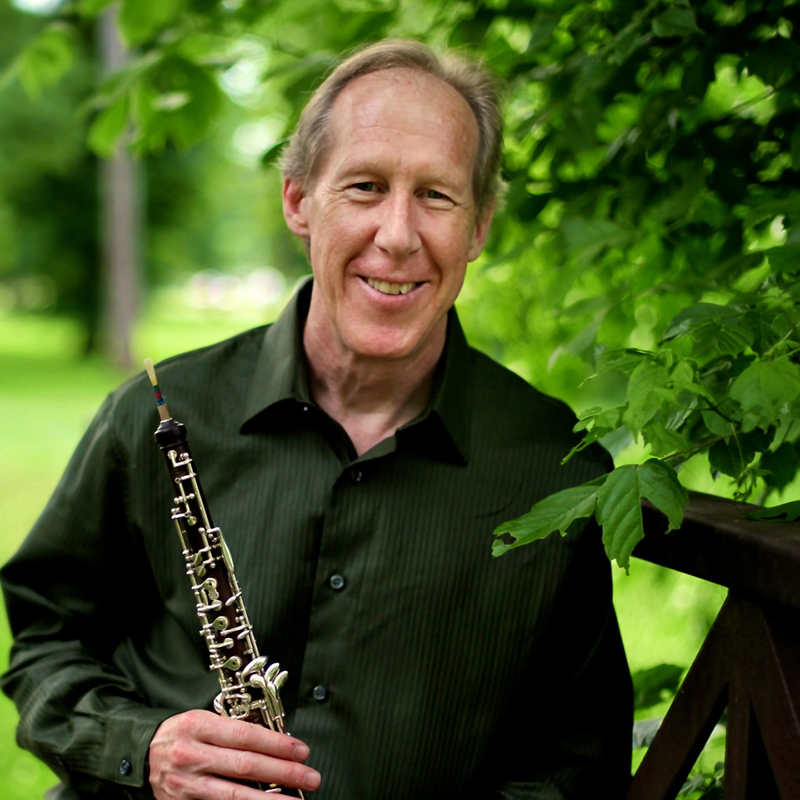 Mark Hill has earned a wide reputation as an oboe and English horn soloist, chamber musician, orchestral player, recording artist and teacher. In the symphonic world he has been invited to perform with the New York Philharmonic, the National Symphony, the Los Angeles Chamber Orchestra, the San Diego Symphony, the New Jersey Symphony, the Orchestra of the Academy of St.-Martins-in-the-Fields, Orpheus, the Mostly Mozart Orchestra and the Orchestra of St. Luke's. He was a member of the New York Chamber Symphony for fifteen years. Currently he is principal oboe of the National Philharmonic.

His extensive chamber music experience includes collaborations and appearances with such artists as the Chamber Music Society of Lincoln Center, the Guarneri String Quartet, the New York Woodwind Quintet, the Bach Aria Group, the Mendelssohn String Quartet, Claude Frank, Paula Robison and the Aspen Wind Quintet. He has appeared at Chamber Music Northwest and is currently on the performing faculty of the Yellow Barn Chamber Music Festival in Vermont. He was for 23 years a member of the Sylvan Winds in New York City.

He has recorded on at least nine major labels and was English horn soloist on the Grammy-nominated Angel recording of Copland's Quiet City and Music for the Theater with Gerard Schwarz and the New York Chamber Symphony. His two solo CD’s "Alchemy" and "Sad Steps," both on Albany Records, have received widespread critical acclaim. Hill earned his B.M. degree from the North Carolina School of the Arts and his M.M. from SUNY-Stony Brook as a student of Ronald Roseman. Other mentors have included Richard Killmer, Joseph Robinson, Darrel Randall and Heinz Holliger.

Hill is full professor at the University of Maryland School of Music, and he has also served on the faculty of Ithaca College, the Mannes College of Music, Columbia University and the State University of New York at Purchase.