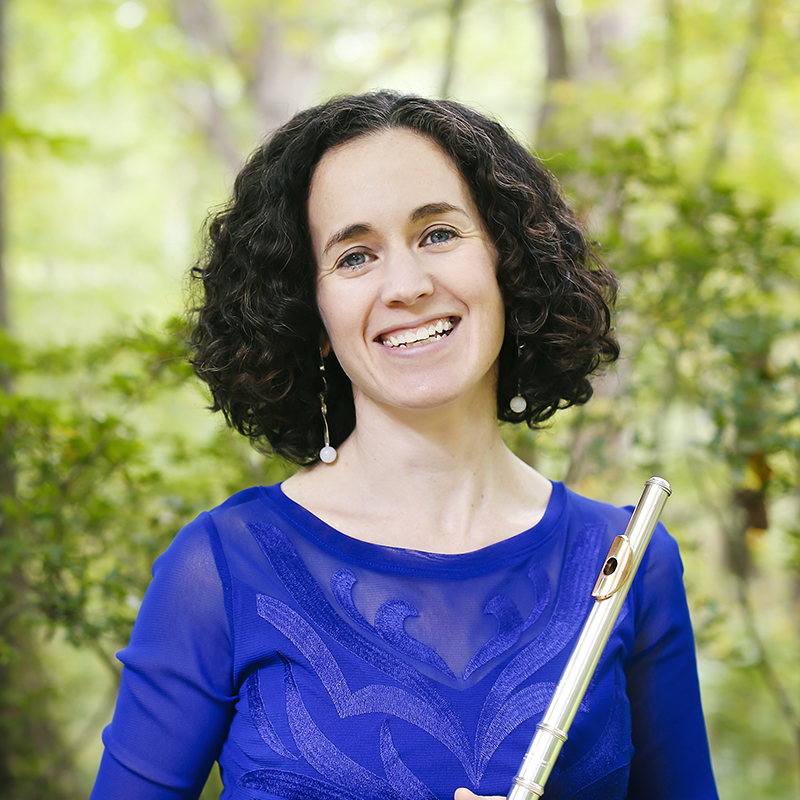 1130A The Clarice Smith Performing Arts Center
Get Directions

Equally at home in the solo, chamber and orchestral stages, Sarah Frisof is a passionate flutist and educator. As a soloist, Frisof was the second-prize winner of both the National Flute Association Young Artist Competition and the Heida Hermanns International Woodwind Competition, and she was a semi-finalist in the 2009 Kobe International Flute Competition. Frisof has concertized throughout the United States, Europe and Asia.

As a committed proponent of contemporary music, Frisof frequently premieres major works. Recent premieres include Damian Montano’s Concerto for Flute and Harp with the Dallas Winds and Joel Puckett’s Knells for Bonnie for flute and wind ensemble. "The Puckett Concerto" was released on the Klavier Label in February of 2017. In June of 2016, Frisof released her first solo CD, "The Flute Music of Joseph Schwantner," an authoritative recording of all of Schwantner’s major works for flute. This recording, which was released on the Centaur Label, includes the world premiere recording of Taking Charge, a new chamber work for flute, piano and percussion. Highlights of Frisof’s 2016-2017 season include a concerto performance with the Dallas Winds and guest artist recital appearances at the New York Flute Club, Ithaca College, University of Chicago and the Salon de Bellas Artes in Mexico City, Mexico.

In addition to Frisof’s work as a solo artist, she is an active orchestral musician, having worked with major symphony orchestras across the country, including the Chicago Symphony, Boston Symphony, New York Philharmonic, Dallas Symphony and many others. Frisof frequently plays with the Kansas City Symphony, and she is principal flute of the Dallas Winds, the premier wind band in the United States. In the summers, Frisof plays with several festival orchestras including the Sunflower Festival (Topeka, KS) and Music in the Mountains (Durango, CO). She is a frequent performer at the National Flute Association, conventions, having most recently performed Joel Puckett’s The Shadow of Sirius Concerto with the United States Army Field Band at the closing gala concert in August of 2015.

An enthusiastic educator, Frisof has taught in a variety of diverse settings, including as a faculty member at the Interlochen Arts Camp, the Music in the Mountains Conservatory and the Blanche Bryden Summer Institute. She has taken her passion for education to global audiences, including working with young students in Zimbabwe and Brazil, and she frequently gives masterclasses at universities across the United States. A graduate of the Eastman School, The Juilliard School and the University of Michigan, she was formerly the professor of flute at University of Kansas and the University of Texas at Arlington.

Beauty Crying Forth: Flute Music by Women Across Time

On "Beauty Crying Forth," flutist Sarah Frisof and pianist Daniel Pesca present repertoire spanning one and half centuries for flute by female composers. Including music by Clara Schumann, Lili Boulanger, Kaija Saariaho, Tania León, Shulamit Ran and Amy Williams, Frisof and Pesca, with guest cellist Hannah Collins, chart two parallel lineages: the evolution of flute repertoire from the Romantic era to the current day, and the overlooked role of female composers in shaping that repertoire.