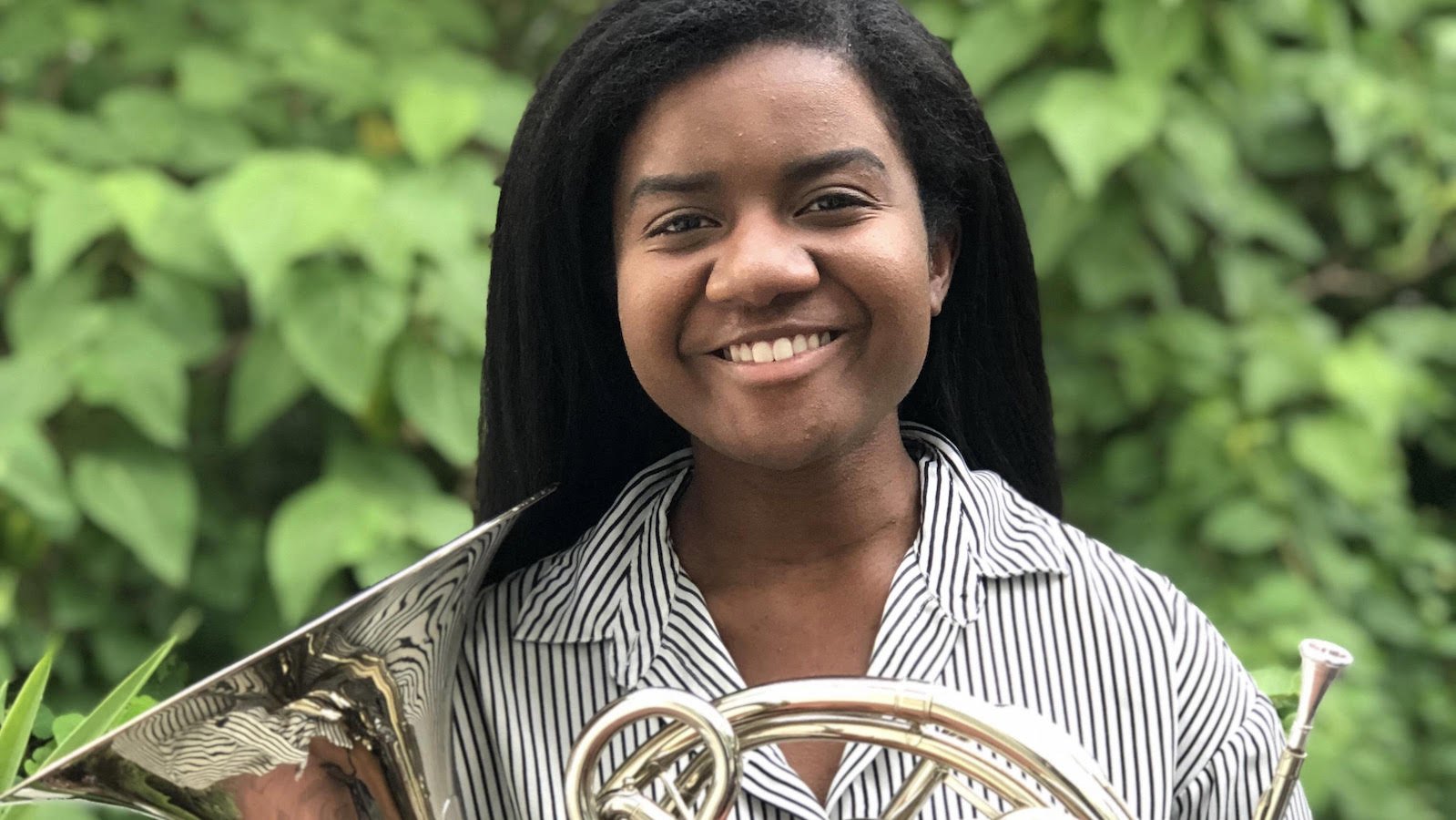 Christen Holmes ’22 gives the inside scoop on being a composition major and a Robert H. Smith Music Scholarship recipient.

Why did you choose the University of Maryland School of Music?

After visiting the campus and meeting with the professors, I really liked the environment. While UMD is like a large city with a lot of opportunities available to me, the School of Music has a conservatory feel as its own smaller and tight-knit community.

What were the favorite parts of your freshman year as a composition major?

Being part of such a supportive composition studio meant a lot. I got to work with a great group of talented composers that were a mix of both undergraduate and graduate students. Some of the highlights were participating in the TEMPO 72-Hour Composition Project, composing for the professional chamber ensemble yMusic and being selected to attend SphinxConnect — a conference for minority musicians. It was an amazing first year of making connections with many fantastic musicians!

My scholarship allowed me to discover my voice as a composer.

What is the TEMPO 72-Hour Composition Project?

This was my first composition project at Maryland. Organized by TEMPO, a graduate student-run contemporary music ensemble, it was part of the NextNOW Fest, an arts festival that welcomes students to campus. Within 72 hours, I had to write the piece, pick the musicians and have it performed.

What was it like to compose a piece for the New York sextet yMusic?

I was inspired by Maya Angelou’s poem "Caged Bird." The piece I wrote was warm, open and a little jazzy. It was such an amazing opportunity and the first time I have composed music for a professional group.

In addition to composing music, do you play in an ensemble?

Yes, I play the French horn in the UMD Wind Ensemble directed by Andrea Brown. It’s a strong group of talented musicians that gives me another opportunity to bond with my classmates through music.