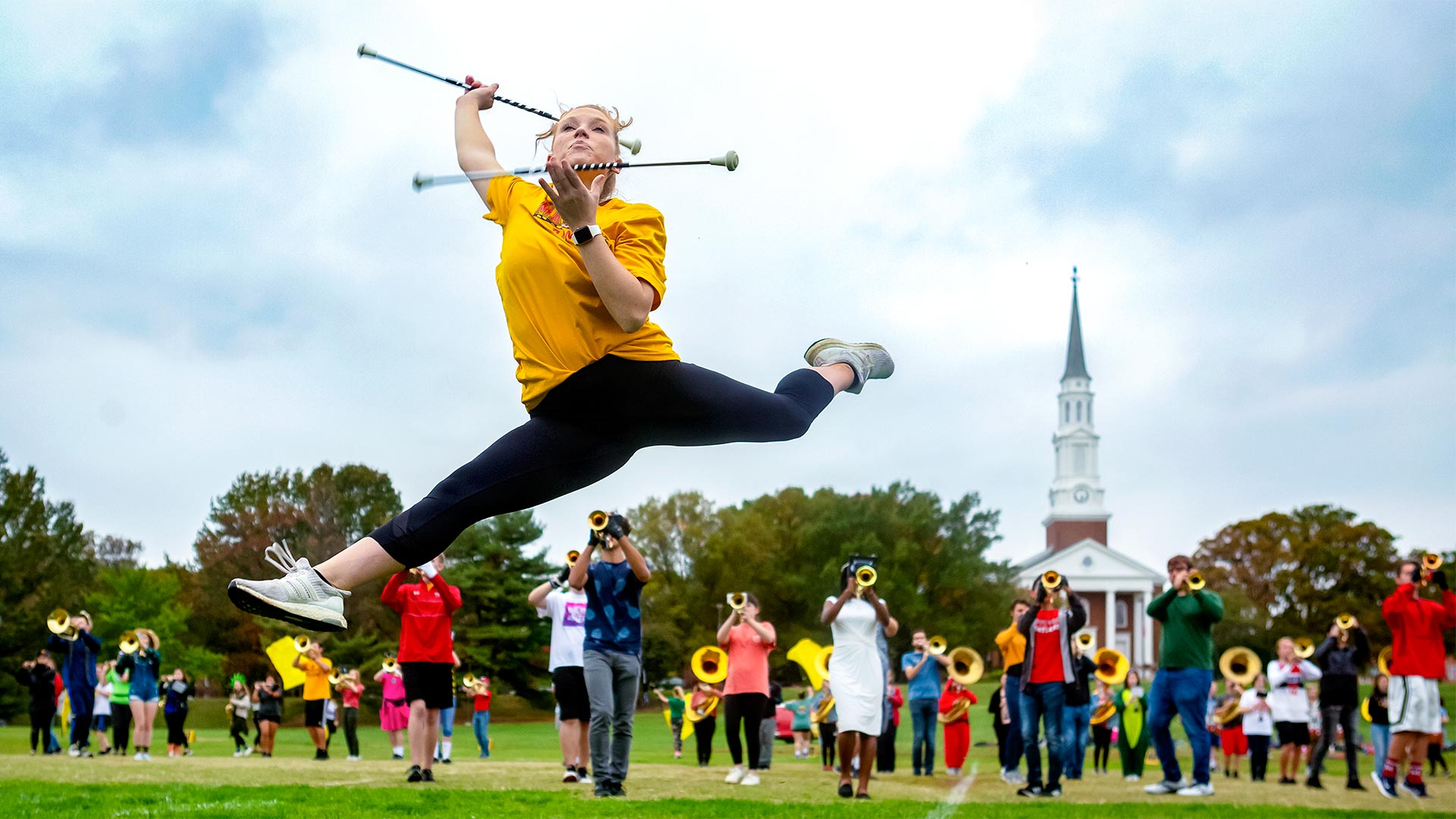 More than 250 members of the Mighty Sound of Maryland will stand behind Lexi Duda ’20 tomorrow, all blowing on their horns or banging their drums.

In front of her at Maryland Stadium will be tens of thousands of fans waiting to watch the Homecoming showdown between the Terps and the Michigan Wolverines.

But even with the amplified energy and noise of the occasion, she’ll be tuned into only the baton in her hand.

Duda, a feature twirler for the marching band, is also a current world champion and holder of another 20 titles over the years. Every week, she double-times onto the field for pregame and halftime performances, dancing like a ballerina and tossing and twirling up to four batons as she leaps across the gridiron and artfully dodges the band and color guard members.

Andrea Brown, associate director of bands, said Duda brings a “great level of showmanship and enthusiasm and excitement” to the ensemble.

“She’s just absolutely fantastic at what she does,” Brown said. “It’s something that’s eye-catching to the crowd. It gives another level of things for people to interact with during our performances.”