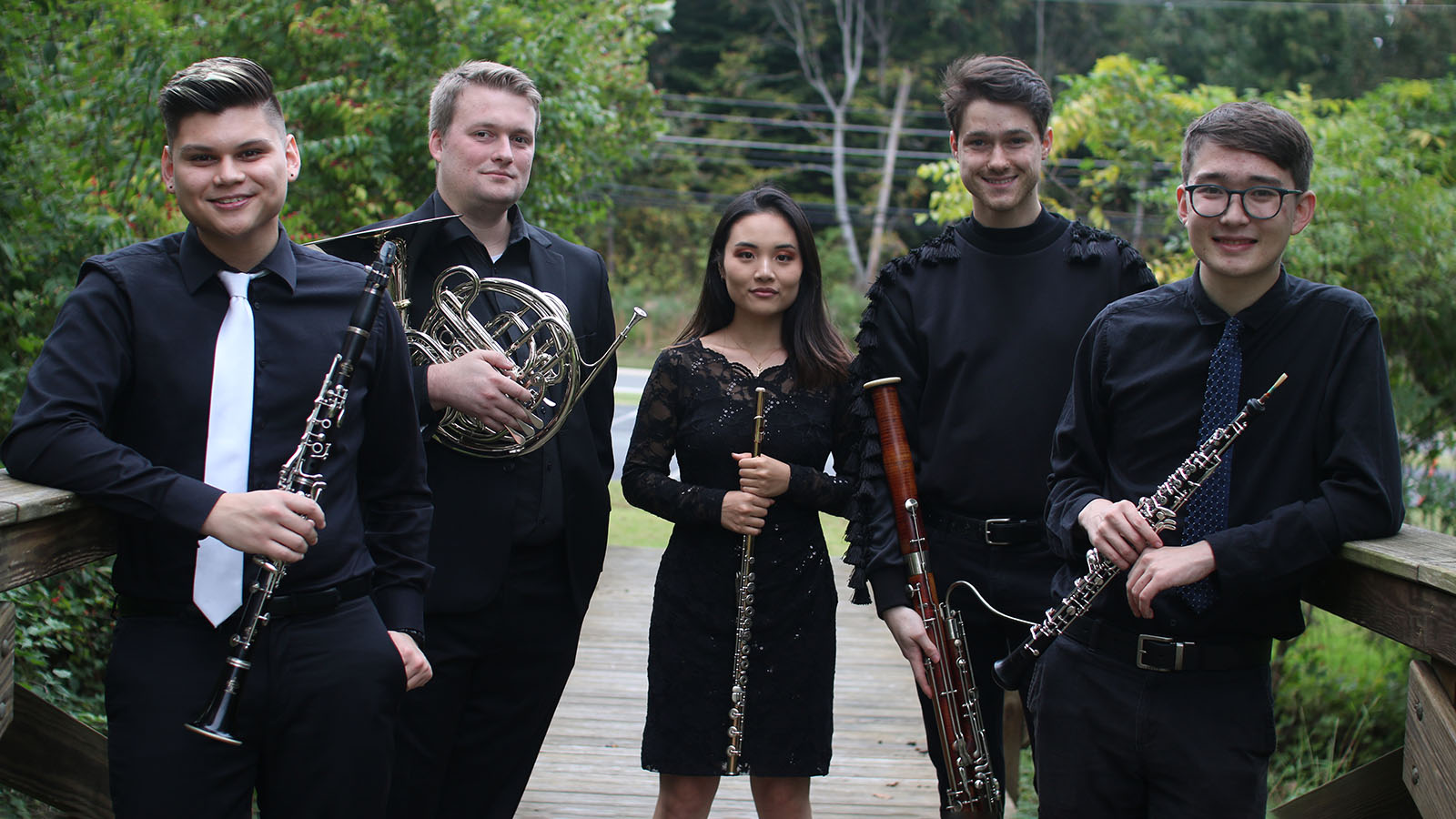 The university’s new graduate fellowship woodwind quintet is on a mission to make chamber music more accessible to the general public.

Formed in Fall 2021, Ignis, which is named after the Latin word for fire, is already exploring lesser-known repertoire, such as “forgotten” works explored in a bass trombonist’s dissertation project. Ignis also hopes to commission new works and popularize woodwind quintet music as a genre. 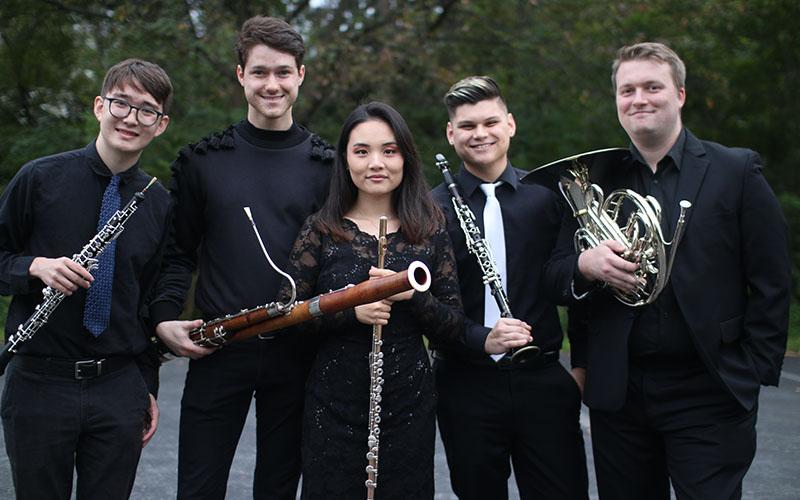 The quintet features Danielle Kim on flute, Nathaniel Wolff on oboe, Kyle Glasgow on clarinet, Zachary Miller on horn and Christian Whitacre on bassoon. Each member is receiving partial tuition remission and a stipend to pursue a two-year Master of Music degree at the SOM.

Ignis acknowledges the barrier of entry into the realm of classical music and thus is dedicated to amplifying the voices of underrepresented composers in the western classical music world. They aim to push the boundaries of chamber music beyond traditional performance principles by incorporating secondary instruments like piccolo and English horn, recording non-standard quintet works and performing free recitals for the community to enjoy.

They also enjoy collaborating through community engagement and outreach. The group had their debut performance at a Music for All Terps Pop-Up Concert in the Stamp Student Union during NextNOW Fest 2021. The performance was part of the University of Maryland’s new campuswide Arts for All initiative, which aims to broaden the footprint of the arts across campus. In a statement, Ignis said they appreciated the opportunity to introduce wind quintet music to the campus community. 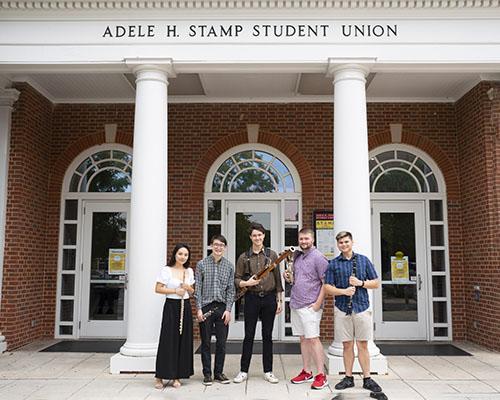 “There’s something special about providing an audience with a new, novel experience,” the quintet said in a statement. “The opportunity to discover music in unfamiliar territory and bring audiences along for the ride feels immensely rewarding.”

As an educational team, Ignis engages in outreach programs, including mentoring the musicians of the Maryland Classic Youth Orchestras at Strathmore in North Bethesda, Maryland. The members of Ignis said that they are excited to coach, teach and inspire young musicians.

Outside of participating in the quintet, each member of Ignis brings their own unique backgrounds to the music stand:

Danielle Kim, originally from Virginia, began her flute studies while she was living in India. She has primarily studied with Jihoon Shin of the Qatar Philharmonic Orchestra and Leah Arsenault of the National Symphony Orchestra. She earned her Bachelor of Music degree in flute performance from the University of Michigan, where she studied with Amy Porter and graduated with high honors. Currently, Kim is pursuing her Master of Music degree in flute performance at the SOM with Sarah Frisof.

Kyle Glasgow, who earned his bachelor’s degree at the SOM last spring, returns for a master's in clarinet performance. He continues to study with Robert DiLutis, and he has previously worked with D. Ray McClellan, Sara Reese and Douglas Monroe.

Zachary Miller earned his bachelor’s degree in horn performance at Shenandoah Conservatory, where he studied under Geoffrey Pilkington. He is currently studying with SOM Director Gregory Miller (no relation) as he pursues his master’s degree in horn performance. He has had the opportunity to work and collaborate with other notable horn players such as Amy Horn, Rodger Whitworth and James Nickel.

Christian Whitacre is a Washington, D.C.-based musician pursuing his master’s degree in bassoon performance at the SOM under the tutelage of Joseph Grimmer. He holds a bachelor’s degree from the New England Conservatory, where he studied under Richard Svoboda, principal bassoonist of the Boston Symphony Orchestra. His previous teachers also include William Winstead, Barrick Stees and Charles McCracken.

Ignis’ first full fellowship recital, “Echoes of the Past,” will take place on Sunday, Dec. 5 at 5 p.m. in Ulrich Recital Hall, which is located in Tawes Hall. It will feature works by Valerie Coleman, David Maslanka, Maurice Ravel and Malcolm Arnold. The recital will be livestreamed and open to the public for in-person attendance. 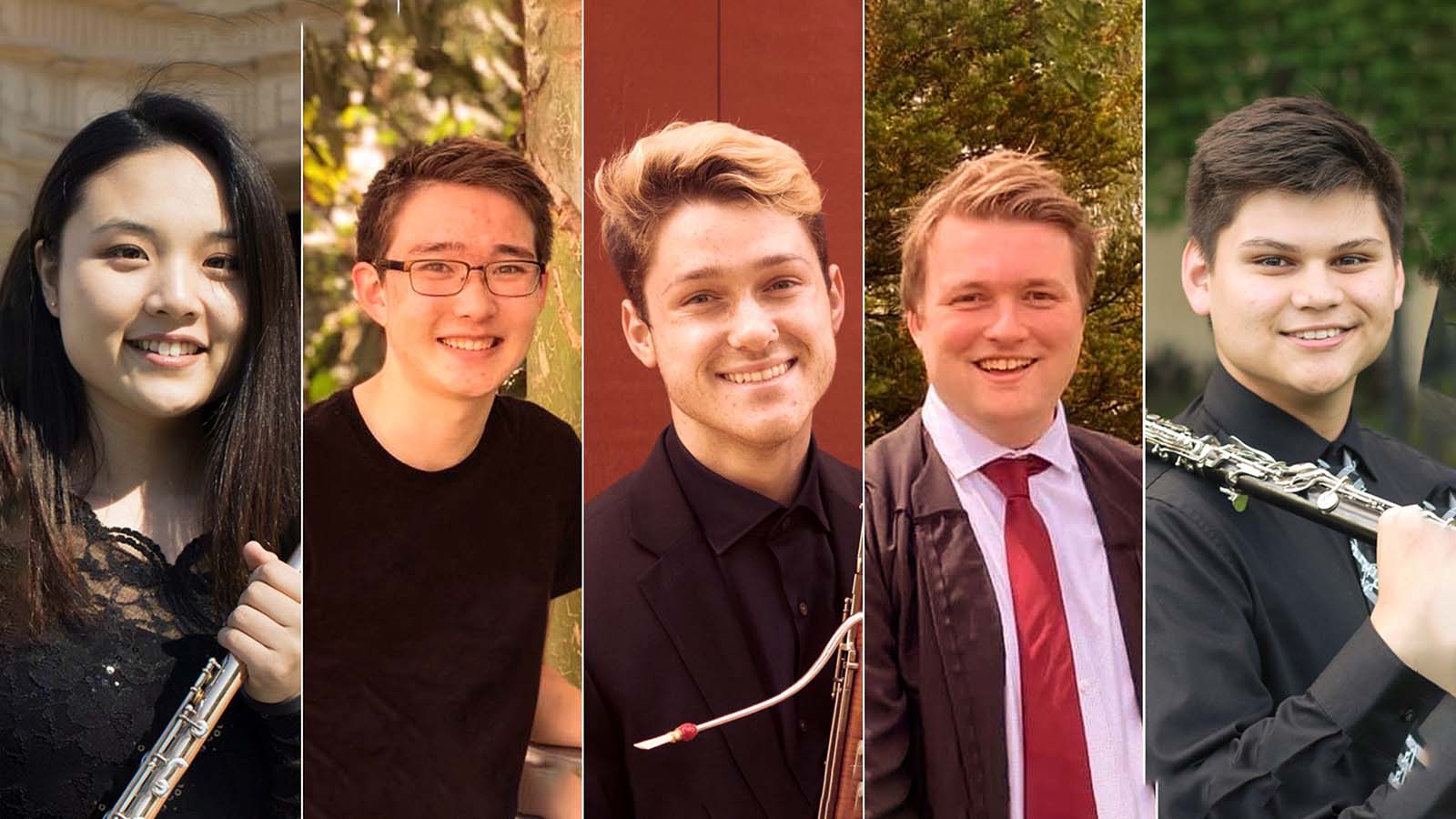 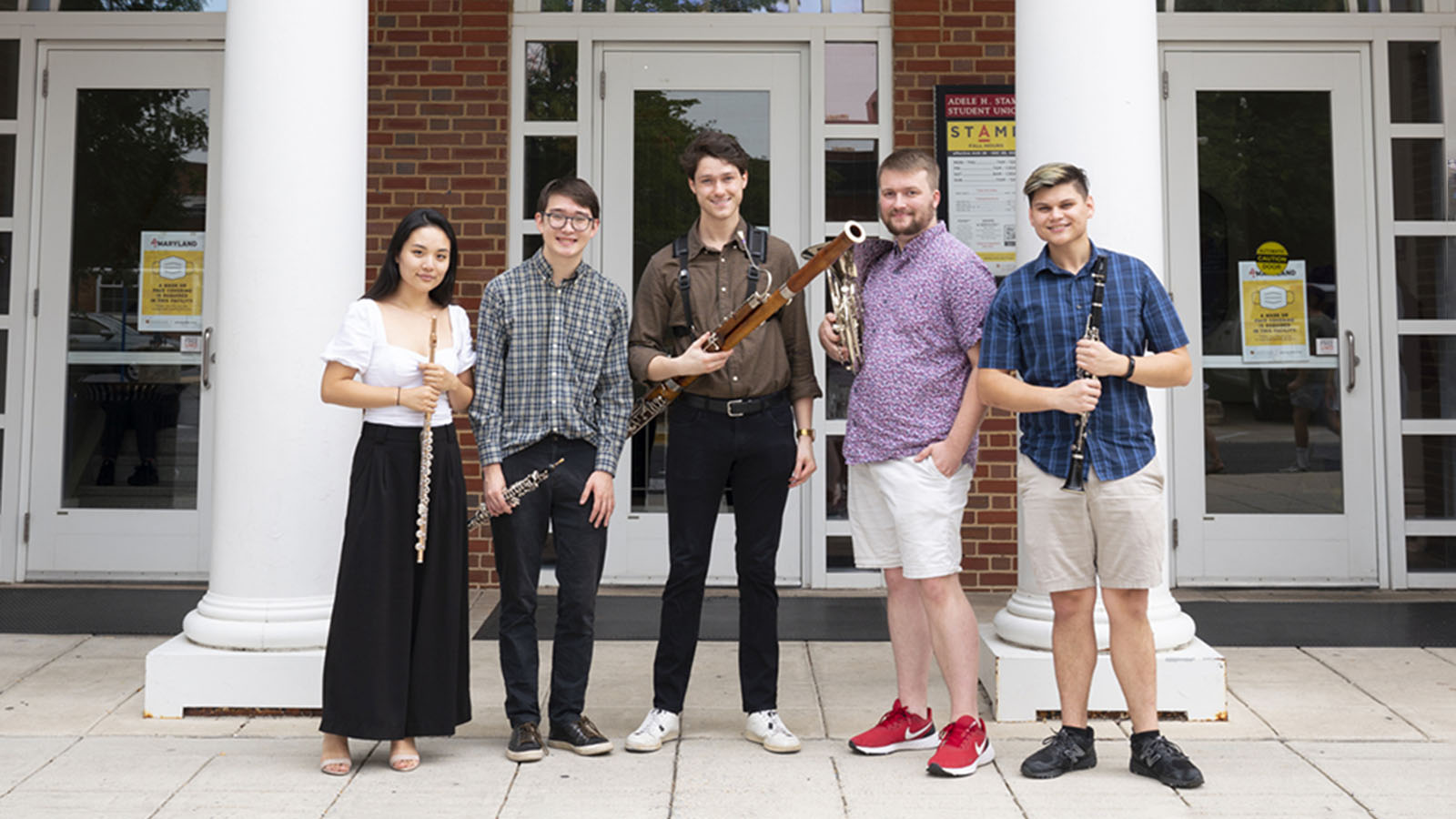 Echoes of the Past: Ignis